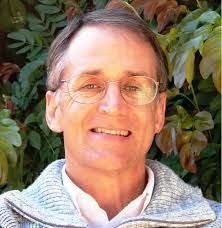 John C. Sanford is a plant geneticist. He is also a young earth creationist, and as such one of the few creationists out there with real and even relevant credentials (and one of the few the Discovery Institute has found for their petition A Scientific Dissent From Darwinism). Indeed, Sanford has quite a number of real, peer reviewed publications – though none of them support creationism, of course – and was, in his time, assistant professor of Horticultural Sciences at Cornell (now retired, but still holds a position as a courtesy associate professor), something that also made him unsuitable for that shining example of cherrypicking, Expelled, of course.

His involvement in the creationist conference Biological Information: New Perspectives, which privately rented a room at the campus of Cornell but advertised itself in a manner that made it look like a Cornell-sponsored conference, is a bit unclear, but at least he was a coeditor of the Proceedings, gave an introductory comment and contributed to several presentations. The conference, and the subsequent brouhaha over the fact that Springer seemed willing to publish the proceedings (in the end they didn’t), is discussed here and here. Here is a discussion of Sanford’s own comments on the issues.

As a creationist Sanford is perhaps most famous for his arguments for devolution, for instance in his 2005 book Genetic Entropy & the Mystery of the Genome, the idea being that mutations and natural selection do not account for the information in the human genome and that instead of evolution these mechanisms are causing devolution in accordance with the myth of the Fall (also here). Indeed, one of his main pieces of evidence for devolution is the decline in lifespans among Noah’s descendants, as described in the Bible – according to Sanford this “is one of the strongest, as a scientist, one of the strongest evidences for me that Scripture is telling us, not speaking figuratively, not speaking creatively, but telling us history. And it speaks of a decline.” Indeed. No paper promoting Sanford’s concept of “genetic entropy” has ever made it through peer review (though it made it into Don Batten’s 101 evidences for a young age of the Earth and the universe).

His other usual talking points should be familiar, and include references to the 2nd Law of Thermodynamics (blithely avoiding addressing the standard responses from real scientists).

Sanford was a relatively central witness for the creationists during the Kansas Evolution hearings. A transcript of his contributions is here.

Diagnosis: A dangerously delusional fellow, Sanford is among the few in the religiously fundamentalist anti-science movement with real credentials (though apparently little real understanding), and as such he lends a little bit of credence to such denialism.
Posted by G.D. at 3:02 PM