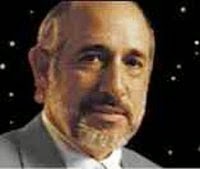 The Internet has brought us plenty of candidates for assuming the mantle and legacy of Nostradamus and Edgar Cayce, and Gordon-Michael Scallion is certainly as worthy a candidate as any. Scallion claims to have the “gift of prophecy” as well; he has received information fromAtlantis, and has plenty of ill-boding tidings of pending disasters and woe to share with us all (many of them were also prophesied by Cayce, which would supposedly be a remarkable coincidence if they weren’t real … right?). At least Art Bell has been (apparently) impressed by e.g. Scallion’s vague predictions of earthquakes in California and hurricanes in Florida. Scallion’s website, The Matrix Institute, is worth a visit.

His visions apparently started coming to him in 1979, after having been hospitalized. Soon after he founded his newsletter Earth Changes Report, which prompted him to come up with a number of predictions (often involving volcanoes) on at least a bimonthly basis to fill said magazine. The dismal track record of his predictions to date seems not to have deterred his fans. Indeed, there is a list of Scallion’s major predictions from the 1990s here. California and Japan should be gone by now; Denver and Phoenix should be coastal cities; meanwhile a portion of the ancient continent of Atlantis should have risen off the east coast of America, near Florida, and ruins of the great cities of Atlantis should have been discovered (the ancient continent of Mu, or Lemuria, on the other hand, should have risen out of the Pacific ocean). These cataclysmic changes should have been preceded by various warning events, including “hum phenomena” that make vast numbers of people sick with flu-like symptoms in America, a phenomenon that should be caused by tectonic plates rubbing against one another to generate a sound just below the threshold of human hearing. We should also have gotten another sun. (More predictions here.)

While it was, by 1990, too late to change the major outlines of the impending catastrophe, Scallion did allow for the possibility of local changes if enough people banded together and correct the destructive houghts and actions that are causing the Earth to react, and for the 21st century his vision was as follows: “The average life-span has expanded to 150 years because of the Earth’s new vibrations and the consciousness of its inhabitants. Telepathy is common between individuals, and between people and animals. There are new flowers, plants, and trees, which provide herbal remedies for this time. Many of the diseases of the twentieth century are gone ... Color and sound therapy are the predominant healing modalities. In the year 2002 the world has become a lunar society guided by intuition.”

But people still listen to him. This interview with one Ellie Crystal is … odd.

Diagnosis: At least at one point Scallion seems to have believed that his visions and dreams genuinely disclosed the future to him. I am less sure he believes that anymore, but there seems to be abundant lunacy left in him. Probably relatively harmless.
Posted by G.D. at 12:25 AM