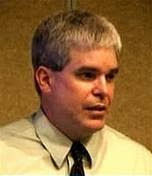 Kevin Ryan is a chemist (apparently with a specialty in water testing) and 9/11-truther, whose barely internally coherent conspiracy theories blithely avoids the standards for good critical thinking and hypothesis testing. There is a fine Kevin Ryan resource here.

Brave Kevin Ryan rose to fame among the truthers for hisletter disputing the claim that the fires had weakened the steel, causing the World Trade Center Towers to collapse. The letter got him a place in the infamous “documentary” Loose Change (and later on the Alex Jones Show). It also, according to himself and fellow conspiracy theorists, got him fired from Underwriters Laboratories, and Ryan has of course been viewed as something of a martyr for the truther cause ever since. It will, of course, also be pretty clear to anyone who even bothers to give the documents pertaining to the case (accessible here) a cursory look that Ryan’s (and his followers’) account of what happened is pretty far away from the truth, but what did you really expect from 9/11 conspiracy theorists?

Diagnosis: A decent and very representative specimen of truther (and indeed conspiracy theories in general). It is presumably not necessary to point out that Ryan’s aptitude for critical thinking and critical assessment of evidence is sorely deficient.
Posted by G.D. at 11:05 AM