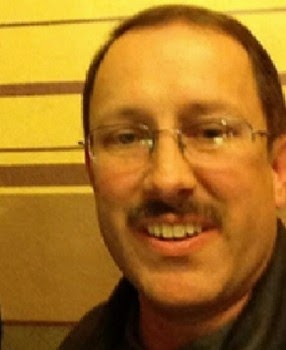 Jeff Allen is a Methodist pastor and “senior editor” at Matt Barber’s wingnut site Barbwire, and as suggested by his affiliations, he has a deep and lasting problem with honesty, accuracy, reading comprehension and common decency. Allen is, as you’d expect, virulently anti-gay, and his preferred gambit is the ultraGodwin gambit. Gay people are like Nazis, complete with a rainbow swastika, and that is obvious to Allen since defenders of LGTB rights have the audacity to criticize people like Allen and call them out as homophobes partially on the grounds that people like Allen, you know, compare gay people to Nazis and try to present themselves as the “real victims” of horrible persecutions. As in this piece, which also illustrates Allen’s aforementioned complete lack of reading comprehension skills. Here Allen opens with Niemöller’s famous “first they came for” statement to launch an attack on the “GAY-stapo.” His evidence for persecution? Once again, the fact that he is being criticized, and that people like Matt Barber are not taken very seriously (yes, that’s the totality of his evidence). And that means that many gays and liberals “console themselves with fantasies of their own Kristallnacht, in which Christians are euphemistically ‘taken out of the way’ as part of the ‘gay’-stapo’s ‘final solution’ to the ‘Christian problem.’ The torturing or hanging of Matt Barber and other Christians like him is shockingly not off the table for the most rabid among them …”

Persecution and martyr complexes are bread and butter for this kind of wingnuttery of course, and people like Allen view their own battle against gay rights as based on the realization “that these social and political arenas represent a buffer zone between the militant homosexuals and the church itself. Once civil marriage laws fall and the so-called anti-discrimination laws fill the void, we know that the church and its ministers will be next.” Allen also agreed with Rick Wiles that the real goal of the Nazis was to create “a homosexual special race,” because that’s a totally reasonable hypothesis. It wasn’t about an Aryan race at all; Hitler was promoting the gay agenda and the ultimate goal was to slaughter all the Christians (not the Jews, as you might mistakenly think).

Allen hasn’t restricted himself to comparing gays to Nazis, however. Here he accuses “Al-‘Gay’Da and Lezbollah terrorist networks” and the “homosexual Taliban” of enforcing “homosexual Sharia” against marriage equality opponents, and laments how “the homofascists, liberals and secularists also want to dethrone God from the universe he founded.” He has also compared gays to the Ku Klux Klan. When Obama asked Gene Robinson, the openly gay former Episcopal bishop, to deliver the closing prayer at the annual Easter prayer breakfast, Allen’s response was curt: “Blasphemy … The president chose to desecrate the Easter observance.”

Upon hearing that White House Press Secretary Jay Carney and his wife have some kitchy art, Allen didn’t hesitate to draw the obvious conclusion: “Might these be collectivist subliminal messages? Or maybe it confirms President Barack Obama’s socialist/communist leanings as demonstrated in the selection of the members of his administration?” Not that Allen needed any more confirmation. Or any at all.

Like many wingnuts, Allen does not have the faintest idea about how the division of powers work, or what role the Constitution is supposed to play in legal procedings. In response to the Indiana and Utah federal courts overturning bans on gay marriage, he said: “Federal courts in Indiana and Utah on Wednesday blatantly overthrew the will of the people and subversively imposed same-sex ‘marriage’ on the citizens of both states. The judicial oligarchy (tyranny of the few) continues flexing the muscle of its apparently unchecked power. The death of democracy is undeniably upon us.” If you don’t see how hysterically idiotic that statement is, you probably need to do some reading.

Diagnosis: It’s so delusional that it beggars belief, and the level of paranoia is so high that one starts worrying about him. One does suspect, however, that anti-gay activists like Allen haven’t exactly picked a winning strategy if he wants to accomplish anything.
Posted by G.D. at 11:41 AM