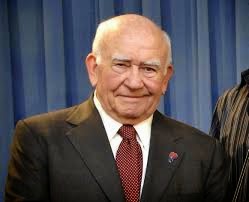 Diagnosis: Doddering, confused fool. Probably not particularly harmful on his own, but he sure does his best to lend credibility to the batshit crazy.
Posted by G.D. at 11:12 AM