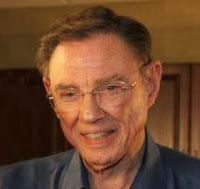 Hal Huggins is the main guy behind the amalgam scare, which he started to promote in the 1970s together with campaigns against other products he believed were unsafe on no particular reality-affiliated grounds (and fully contrary to evidence; also here). He had his license to practice dentistry revoked in 1996 after a panel found him guilty of gross negligence and using “deceptive yet seductive advertising' to trick chronically ill patients into thinking that the true cause of their illness was mercury.” In fact, it has been suggested that Huggins, and his 1985 book It’s All in Your Head (and a 1990 follow-up feature on the garbage-TV show 60 minutes) may have been the root of the mercury scare that later served as the foundation for anti-vaccinationism.

Huggins responded to the controversies by claiming “conspiracy”, and has continued to publish (screeds, not research, though he has published e.g. in the pseudojournal Alternative Medicine Review) on the topic of mercury and human health, and continues to believe that dental amalgam and other dental practices are responsible for a range of serious diseases, despite the fact that it pretty obviously isn’t (there is a very good discussion here), including digestive problems such as Crohn’s disease and ulcers, mood disorders such as depression and fatigue, autoimmune diseases such as multiple sclerosis (Huggins claims to have healed wheelchair-using patients), scleroderma and lupus, high or low blood pressure, arthritis, tachycardia, mononucleosis, and cancers such as leukemia and Hodgkin's disease. He promotes his claims partially through the Toxic Element Research Foundation, and sometimes (the book Uninformed Consent : The Hidden Dangers in Dental Care) in collusion with one Thomas Levy.

As a consequence of his “findings”, Huggins founded the Huggins Diagnostic Center in Colorado Springs, Colorado, where patients were charged up to $8,500 apiece for an intensive 2-week course of treatment including the removal of all amalgam fillings. The center was closed in 1995 after rather substantial allegations of fraud and numerous lawsuits. It wasn’t Huggins’s first attempt. In the mid-1980s FDA took notice of his marketing of the “Amalgameter”, a device allegedly able to detect “positively or negative charged dental fillings,” which turned out to be simply a battery-powered ammeter. It is rather hard to believe that Huggins earnestly believed that it would have the beneficial effects the product was marketed as having.

Despite the rather obvious disconnect between Huggins’s claims and reality, he has had a scary amount of influence. Scientifically unsophisticated politicians have passed various laws and regulations on the use of amalgam and other things based on Huggins’s delusional rants (the worst probably being Congresswoman Diane Watson).

At least Huggins is a hero at whale.to (search it out yourself).

Diagnosis: It is somewhat difficult to determine exactly how much Huggins actually believes of the unsubstantiated falsehood he is spewing. In any case, he is without doubt one of the most prominent and influential promoters of medical bullshit in the US today. Extremely dangerous.
Posted by G.D. at 12:13 PM