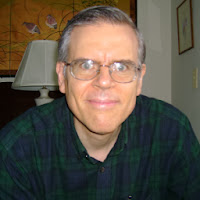 Terry Hurlbut is an MD, lowbrow political pundit, conservative blogger (Examiner.com and Conservative News an Views, the latter of which he runs with one RoseAnn Salanitri), former Conservapedia sysop and administrator on Creationwiki. For The Examiner, a “news” site of user generated content, he is the rather productive Creationism Examiner. Hurlbut was also part of the Digg Patriots, a group that actively attempted to censor or bury comments on Digg they disagreed with. On Conservapedia, Hurlbut assumed the role of self-declared leader of the Conservapedia Bible Project, possibly because of his lack of any remotely relevant skills. The project is dumb enough to have been rejected as ridiculous even by WND’s Joseph Farah, who is not known for rejecting ideas just because they are incoherent, dumb or false. Hurlbut reacted to that rejection with outrage. (He appears to have cut his ties to Conservapedia later on, though, but one suspects not for reasons related to accountability.)

Hurlbut is a hardcore young-earth creationist, ardent defender of the idea the the Noachian global flood was a historical event, and of various stuff he has read on Creationwiki (which he, as mention, edits). In fact, Hurlbut is known for claiming that the Himalaya range, created during the flood, pulled the earth off-balance and moved the poles (there is a fine summary here). (He seems unperturbed by the fact that his pseudo-scientific claims imply that the Sun doesn’t exist.) He has also attempted to paint a rosy-tinted image of what science and science education in the US would look like if the creationists (like him) were in charge: “Astronomers would stop looking for ‘dark matter’ and ‘dark energy,’ and instead develop a uniform cosmology with insights from the Annals of Creation. It would find this model much simpler than the Big Bang model has now become […] Geology would return to its pre-Lyell understanding. The result might, perhaps, lead to improved fossil-fuel exploration, and would be more likely to lead to improvements in prospecting for uranium, thorium, and other radioactive minerals […] Medicine would abandon its hubristic seeking after “designer drugs,” […and we would] abandon the modern Western diet and rediscover the health-maintaining practices that the Bible mentions […] Expeditions to find live dinosaurs would be more than the stuff of science fiction (cf. The Lost World, by Sir Arthur Conan Doyle) and would receive serious attention and funding.” Indeed. Teach the controversy.

Hurlbut also maintains Creationwiki’s Creationism Hall of Fame, where he – following the example of the Mormon church – includes every great scientist predating Darwin together with the standard creationist loons such as Henry Morris (their version of peer review would be worth a chapter for itself). At present Hurlbut is developing plans to construct a real physical museum, located as close as possible to the Kentucky Creation museum.

Diagnosis: Zealous internet kook who at least succeeds in putting creationism in a bad light.
Posted by G.D. at 10:02 AM