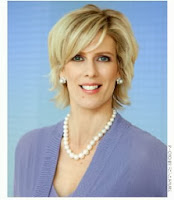 Deirdre Coleman Imus is founder and president of the Deirdre Imus Environmental Health Center, which is part of Hackensack University Medical Center. She is also a cofounder and codirector of the Imus Cattle Ranch for Kids with Cancer, and the author of two Greening Your Cleaning and The Imus Ranch: Cooking for Kids and Cowboys. She is also on the Board of Directors of the National Autism Association. No one doubts that her intentions are the best. The results of her efforts, however, are unfortunately mixed. The Deirdre Imus Environmental Health Center conducts research into possible links between various cancers and environmental hazards, but does so often under rather misguided assumptions. Which is a pity, since her efforts could really have been used as a force for good.

Deirdre Imus is, for instance, an anti-vaccinationist, and has contributed on that issue over at the wretched pile of woo that is Huffington Post as well as to the, shall we say, dubious magazine “The Autism File” (editorial board: Mary Holland, Andrew Wakefield, and Anju Usman). And no one brings in the stupid quite like Deirdre Imus’s contributions to these venues. Her contributions are summed up by Orac as “the driving force ramping up the antivaccinationist mercury militia proclivities of aging shock jock Don Imus and whose ignorance and stupidity when it comes to vaccines threaten to rend the fabric of the space-time continuum.” She has bought hardcore into the mercury scare, displaying exasperating stupidity and ignorance in the process, as in this one (yes, it is all there, including the conspiracy theories and the toxin gambit). Apparently she doesn’t quite see that “follow the evidence” is a decent rule for inquiry when the evidence may go against the position she has already decided that she wants to believe. Such shortcomings don’t prevent her from being cited as an expert by Jenny McCarthy’s Generation Rescue, but I suppose that is to be expected.

Diagnosis: Good intentions are just not enough. When coupled with the wild-eyed crackpottery and conspiracy theories of someone like Deirdre Imus, the results are predictably catastrophic. It’s sad, really, but she is decidedly a force of evil at the moment.
Posted by G.D. at 12:24 PM