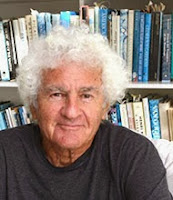 Arthur Janov is a psychologist and psychotherapist who, back in the 60s created primal therapy, a purported treatment for mental illness that involves repeatedly descending into, feeling, and expressing alleged long-repressed childhood pain. Janov directs the Primal Center in Santa Monica, California, where you can go and scream your lungs out for a rather substantial amount of money, and is the author of many books, most notably The Primal Scream. His treatment got some exposure after he “treated” John Lennon and Yoko Ono with it (Steve Jobs was also briefly an adherent). It must, in fact, count as one of the odder versions of woo out there (though new age psychotherapies encompass quite a few weird ideas), which illustrates that there isn’t really a limit to how ridiculous one’s proposed treatments can be and still attract suckers.

When he developed the therapy, Janov was a relatively respected psychologist. But the primal therapy was developed with little regard for anything resembling the trappings of good science (anecdotes, not tests; the invention of theoretical constructs that don’t correspond to anything, etc.). The result bears surprising similarities to Dianetics, in which “engrams” are removed by re-experiencing traumatic incidents and emotionally discharging them, and to the quack therapy of re-experiencing birth traumas through rebirthing. No empirical studies ever found the therapy useful or sound.

Among the benefits claimed for his therapy in the original book: “Perhaps the most dramatic changes which take place in post-Primal patients are physical ... For example, about one-third of the moderately flat-chested women independently reported that their breasts grew,” and if that didn’t hook you: “Two male patients in their early twenties told of beard growth for the first time in their lives.” No wonder one wants to avoid methodologically sound testing – there is obviously no way in which one would have achieved those spectacular results if one close-mindedly restricted oneself to controlled testing. Apparently primal scream also cures homosexuality. Janov doesn’t want to go too far, though: “I could go on endlessly listing all the symptoms which Primal Therapy has eliminated, from menstrual cramps to asthma. But that would tend to make Primal Therapy seem some kind of panacea and thus lessen its credibility.” Duh.

Diagnosis: It is sometimes (often) hard to believe that Janov actually places any credence in the advice his patients pay for, but given that he does, he is an exceptionally crazy crackpot. His lasting influence is admittedly debatable, though.
Posted by G.D. at 9:29 AM