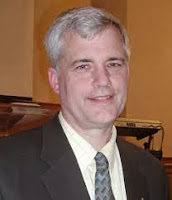 Paul Jehle is, quite simply, a frothingly mad fundamentalist lunatic, and an occasional associate of the late, insidious D. James Kennedy. To take an example of where Jehle is coming from, one may take a look at his contribution to the 2006 conference “Reclaiming America for Christ”, a lecture called “Evaluating your Philosophy of Education”. In the lecture Jehle argues that everything is either Christian or non-Christian and that you cannot mix pagan stuff with Christianity and get something Christian. This idea he then applies, in all seriousness, to mathematics. If mathematics teaching is not distinctively Christian, it is pagan, and hence bad. Indeed, he appears to think that math is not explicitly Christian, and therefore bad. The talk also featured some spectacular fallacies of composition and division (you can sort of guess what they would be), but I am not sure those were the most serious problems.

Jehle’s dayjob is being Executive Director of the Plymouth Rock Foundation (and tea party activist). At their website you can read Jehle’s newsletters. They are … to put it simply, David Barton’s revisionism looks pretty modest by comparison. Interestingly, Barton seems to be influenced by Jehle, in particular Jehle’s argument that the famous phrase “life, liberty and the pursuit of happiness” was taken, word by word, from the Bible by the founding fathers (they were not ideas of the Enlightenment, but “revealed truths”). Jehle’s argument?

“The charter that God made with Adam was threefold. First, ‘Be fruitful and multiply,’ which is mankind’s basic right to life. Second, ‘fill or replenish, the earth.’ The Hebrew word fill or replenish involved the scientific method, meaning to take something that we observe, then break it down to its essential ingredients and reform it into a different form. It is a concept that requires the right to liberty. When we have liberty, we can take natural resources and then refill the earth with the same natural resources in different forms through invention and technology. Third, ‘subdue the earth and rule, or have dominion, over it,’ which is the right to own private property. Dominion of the earth simply means we have a parcel of land that is our exclusive possession that we steward before God.”

That should settle things, I suppose – you have to take confirmation bias rather far into the realms of delusion to feel the force of that argument. Despite being an unrepentant theocrat Jehle did, however, give the commencement speech at Glenn Beck’s Restoring Honor Rally.

Apparently Jehle also reviews movies, and has not been impressed by the paganisms of Harry Potter (worth reading)

Diagnosis: As angrily insane as they get, Jehle’s Taliban-envy and revisionism in the name of the Old Testament seems to be influential enough to make him a real and significant threat to everything good.
Posted by G.D. at 9:53 AM