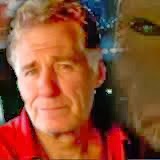 John Lamb Lash is an author and scholar of comparative mythology – except that he seems to be unclear about the “myth” part of his field of study, with rather silly results. Among his primary research topics is Pagan Gnostics, and he has “documented” that the Gnostics discovered mind-manipulating Extraterrestrials who has played a key role in an ancient and still ongoing agenda of mind control against humankind, for instance through  “archons”. With Michael Salla Lash has argued that Alzheimer’s is a side effect of these mind-manipulating extraterrestrials interfering with human cognitive functions through archons (discussed here). Apparently the archon idea has caught on quite a bit, and for something truly incoherent you could do worse (or better) than looking it up on the website Alien Dreaming (“Beyond the Tyranny of Beliefs”), where you will also find a more detailed version of the Gnostic history of alien intrusion.

Lash explains the archons himself here. Apparently archons are inorganic beings that live on other planets and also noetic forces that intrude subliminally on the human mind; they are psycho-spiritual parasites – if that sounds incoherent, Lash is happy to assert that their ontological status is dual, as if that explained it. Furthermore, and this is best put in Lash’s own words, “the Archons are alien forces that act through authoritarian systems, including belief-systems, in ways that cause human beings to turn against their innate potential and violate the symbiosis of nature. LIVE spelled backwards is EVIL, but the Archons are not evil in the sense that they possess autonomous powers of destruction.” Indeed. That clears it all up. Apparently “metaphysics” means being able to utter whatever you want in terms of semi-grammatical sentences, and then commit yourself to believing them afterwards.

Among Lash’s numerous books are The Seeker's Handbook: The Complete Guide to Spiritual Pathfinding, Quest for the Zodiac and Not in His Image.

Disagnosis: To be perfectly honest, one may easily come to suspect that Lash is just having fun with delusional cranks; yet if he is, he is at least doing an awfully convincing job. He is, in any case, probably pretty harmless.
Posted by G.D. at 11:57 AM