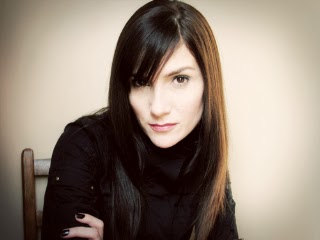 Dana Loesch is yet another wingnut talk radio host, Tea-partier, and (sometimes) political commentator for Fox News, CNN, CBS, ABC and HBO. For laughs, one hopes but suspects not. She was also associated with Breitbart.com, but that affair ended in some ugly lawsuits.

There is little surprising or new to tell about Loesch, really. Her views on gay rights are what you suspect; supporting gay rights is not only incompatible with Christianity, but hatred of Christianity – indeed, supporters of gay rights think “traditional marriage” is “hateful”, which is “literally [nope, she doesn’t understand what that means] calling Christ hateful;” indeed, says Loesch, “I know you hate Christ.” So it goes.

As a matter of fact, there is some suspicion around that her professed bigotry fails to reflect her private stance on LGBT issues, though the sheer lack of intellectual honesty involved in that case makes it very tempting to judge her as qualified for an entry nonetheless. She has, for instance, argued – for reals – that gay marriage is a violation of theseparation of church and state. Why that matters to her is less clear, since she apparently doesn’t believe in that separation in any case. At least the Bible figures (least officially) very centrally (borderline dominionist) in her views on politics, liberty and civil rights in general. She has apparently not actually read it.

As for the proposed 2012 Virginia law requiring transvaginal sonograms for any woman seeking an abortion, Loesch pointed out that these women “had no problem having similar to a trans-vaginal procedure when they engaged in the act that resulted in their pregnancy.” But she really went batshit on those who had the temerity to criticize her. Her comments on the Trayvon Martin case, if not quite as idiotic as those of Dan Riehl, are just sad. They do fit into her general delusion that what progressives and African Americans really want is a race war.

While not a birther, Loesch is, in fact, a birther denialist – there are no birthers at all, at least not other than the Clintons [!].

Diagnosis: Another batshit pundit. And that’s that.
Posted by G.D. at 11:23 AM