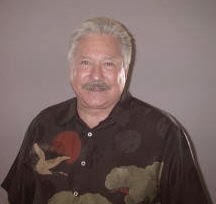 Harold Lee “Hal” Lindsey is a deranged madman probably best known for the 1973 book The Late Great Planet Earth, which promoted fundamentalist Christian end-times rapture dogma drivel and dispensationalism. For some reason or other the book managed to end up not only as a best-seller, but as the best-selling non-fiction book of the entire 1970s – even though it should of course never have been classified as non-fiction to begin with. At least it contained early versions of most of the current standard-fare RaptureReady conspiracies – the EU is a revival of the Roman Empire, and will eventually be ruled by the Antichrist (though Lindsey has later assigned that role to Obama), and so on.

The sequel, Satan Is Alive and Well On Planet Earth, continued in the same absurd manner, with dire warnings concerning hip young people getting into astrology, Tarot cards, Ouija boards, marijuana, LSD, and Satanism (this was in the 1970s), and Lindsey went on to become a major promoter of the Satanic Panic and Satanic ritual abuse myths in the 80s, most notably when he championed the fraudulent “testimony” of serial fake-victim storyteller Lauren Stratford. It is less clear why Lindsey would worry so much about trends in society when he had already predicted – and welcomed – the end of the world.

In 1980, he published The 1980s: Countdown to Armageddon, making the prediction that a pre-tribulational rapture would take place in 1981, based mostly on the Biblical signficance of the foundation of Israel and the commitments that event put on God. When Jesus didn’t return in 1981 (or 1988, which was the second choice), Lindsey postponed Jesus’s return to 2011 or 2018. In Planet Earth – 2000 A.D., published in the early 1990s, he reaffirmed his prophecy, stating that Christians should not plan to still be on earth by the year 2000. In Facing Millennial Midnight: The Y2K Crisis Confronting America and the World, he predicted widespread confusion and panic over the Y2K crisis, seven years before the 40th anniversary of the capture of Jerusalem by the Israelis, which was then claimed to be the event which really got the prophetic clock ticking all along. Of course, Y2K was a bust, and 2007 passed without Armageddon. Lindsey’s most recent suggestion for the return of Jesus is 2018 or, at the latest, 2037. 2021 has also been suggested based on rather feeble applications of numerology.

At present Lindsey hosts a TV news show where he mostly loons around about “Islamofascism” and praises St. George Bush. The focus on Islam is presumably a development from The Late, Great Planet Earth, according to which the Soviet Union would play the role of antagonist during the End Times. Since the Soviet Union is no longer around, Lindsey had to find a new antagonist, and Islam seemed to serve the purpose – not if you actually cared about reasoning, rationality, truth, evidence or reality, but that was never an obstacle for Lindsey. Apparently the obviously satanic Trilateral Commission also plays a role.

Lindsey has also written for the WND, including an essay arguing that Obama is paving the way for and demonstrating the world’s readiness for the Antichrist: “Obama is correct in saying that the world is ready for someone like him – a messiah-like figure, charismatic and glib […] The Bible calls that leader the Antichrist. And it seems apparent that the world is now ready to make his acquaintance,” said Lindsey.

In another WND article, Lindsey drew a biblical connection to the BP oil spill based primarily on numerology. Hal should know his oil, however, since he has been a staunch promoter of Zion Oil, one of the most fantastically delusional projects in recent times. He has also written about the conncetion between Hurrican Katrina and God’s anger – and been, as usual, dead wrong – and about the connection between the increase in earthquake frequency (false) and the endtimes (this is about an article by Greg Laurie in the same vein).

Diagnosis: One of the most monstrously lunatic people in the US, and that says a bit; Lindsey’s star might be fading, but he is still wielding a bit of power.
Posted by G.D. at 10:50 AM