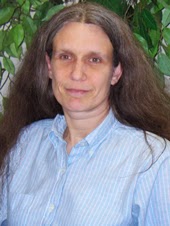 Jean K. Lightner is a retired doctor of veterinary preventive medicine (currently “Independent Scholar”) in Ohio, and signatory to the Discovery List of Doctors to Avoid (a.k.a. Doctors Doubting Darwin, or – as they prefer to call themselves – Physicians and Surgeons for Scientific Integrity). She is a member of the Creation Research Society, and is one of their “qualified speakers” – you can invite her for instance to speak about “Creation Biology: Understanding Life from a Biblical Perspective”, in which case she will show “how a biblically based view of biology is consistent with the world we see around us;” “The Age of the Earth and the Gospel”, in which case she will explore “problems with radiometric dating,” or “Biblical Thinking 101: How to Discern the Truth from a Lie,” in which case she will lie (officially, she will discuss “the uniqueness of the Bible compared to other religious beliefs (including evolutionism) and several biblical methods by which truth claims can be evaluated”). She is also a signatory to the CMI list of “scientists who accept the Biblical account of creation”.

Lightner’s particular field of expertise is baraminology, the whackiest pseudoscience this side of The Secret, and she and one Peter Borger have come up with some real answers to the numbers of animals on the Ark problem. The answer has nothing to do with evidence, plausibility or coherence, of course, but then again those were never recognized standards for baraminology research in any case. Some of her results are discussed here, including a discussion of her evidence (which is hilarious).

Lightner has bean an avid contributor to the Answers Research Journal, the house journal of Answers in Genesis. For volume 1 she published “Karyotype Variability within the Cattle Monobaramin”; for volume 2 she produced “Genetics of Coat Color II”, where she attempts to reinterpret genetic data in terms of the creation/flood model – without linking the non-original data to the flood model at all (baraminologists aren’t very keen on actually measuring things; gestalt gesturing should do), and blatantly fails to explain the mutation rate required to account for the genetic diversity in 4000 years from four alleles. For volume 4 she was part of the group (with Georgia Purdom, Tom Hennigan and Bodie Hodge) that set up to determine the kinds of animals to place on the Ark in the Creation museum Ark encounter project – the journal includes their first stab at “Determining the Ark kinds”, which basically appears to be primarily a prayer for the reader to find Jesus. The article “Mammalian Ark kinds”, which has already received some celebrity status on the web, for obvious reasons, appeared in Vol. 5, and a similar discussion of avian kinds was featured Vol. 6.

Diagnosis: Her most characteristic trait is her complete lack of concern for evidence, reality, or truth, of course – though one sometimes suspects that her obsession over getting the flood model to fit (and inecessant prayers for the reader in her “scientific” papers), is the result of a dim suspicion that it doesn’t. Which, of course, it doesn’t.
Posted by G.D. at 11:20 AM