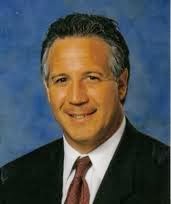 Charles LiMandri is the West Coast Regional Director of the Thomas More Law Center, and he does not fancy the gays, not one bit. According to LiMandri, the “moral decay eroding the foundation of our nation [is] bringing it within one generation of collapse. I have tracked the decline of the U.S. over the past several decades to various landmark judicial decisions that sought to uncouple our nation from its Judeo-Christian moorings.” And of course, the cases that will lead to the collapse of America are the overrudlings of the federal Defense of Marriage Act (“DOMA”), Proposition 8 in California, and the military’s “Don’t Ask, Don’t Tell” policy concerning the service of open homosexuals in the armed forces. “Individually and collectively,” says LiMandri, “they represent a further direct attack not only on our nation’s morality, but also on our notion of the need for a separation of powers between our three branches of the government.” The last point is gibberish. The others just exhibit LiMandri’s opinion that although Taliban is the enemy of America, they are right about moral issues, and we should hence seek to emulate their political system. It is all about freedom; clearly, letting gays to live their lives without interference from the government is an example of tyranny!

Indeed, LiMandri has a long story of involvement in attempts to push a more Old-Testament friendly government, for instance as a member of the fundamentalist Catholic organization Legatus, who thinks that marriage equality is “intrinsically evil” and is a staunch proponent of the idea that homosexuality is a “disorder” that must be “cured”, as Legate John Haas puts it (even the ex-gay movement is wary of that terminology). Legatus was founded by Domino’s pizza founder Tom Monaghan in 1987, and has been a source of unmitigated bigotry ever since.

Diagnosis: Nothing to make LiMandri stand out from all the other Taliban-sycophantic religious nutters in terms of agenda, but through the Thomas More Law Center Limandri is actually in a position to exert some real power.
Posted by G.D. at 12:13 PM