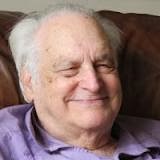 Lawrence LeShan is a psychologist (with a professional research record) and a grand old man of spiritual woo, parapsychology and mysticism. He is for instance author of the best-selling How to Meditate (1974). He is also a science fiction writer under the pseudonym Edward Grendon.

LeShan is by some distance most famous for his extensive research (primarily “research”) into the field of parapsychology. In his books The Medium, the Mystic, and the Physicist and Alternate Realities he investigated what he perceived to be similarities between quantum mechanics and mystical thought; the fact that he didn’t understand the former particularly well, and had no evidence for (and hence just bias to rely on for) the latter, ensured that he achieved some serious idiocy. In World of the Paranormal: The Next Frontier, LeShan kicked it up a couple more notches, ending up claiming that psychic abilities such as telepathy, clairvoyance, and precognition can be explained using quantum theory, which they could not even if they were real, which they aren’t.

While popular in the New Thought movement (because he has a real degree and they cannot find many real physicists or people who actually understand quantum mechanics to support their nonsense), LeShan’s ideas have met with little acceptance among those who care for reality and truth, but that might go without saying.

In the 1980s, he shifted his focus to the psychotherapy of cancer support, producing such tomes of sheer drivel as Holistic Health: How to Understand and Use the Revolution in Medicine. His ideas for cancer support have awarded him a prominent place on Quackwatch. The core point, based exclusively on anecdotes, is that patients with advanced, metastatic disease can sometimes undergo tumor regression and increase the length and quality of their lives under his psychotherapeutic regimen by identifying their creative potential and self-healing abilities. As a supplement, apparently, LeShan suggests employing what he terms the Blue Water Technique.

Diagnosis: A real piece of work. LeShan is of course a crazy crackpot, and when such crackpots achieve the level of influence of LeShan, the results are indistinguishable from evil.