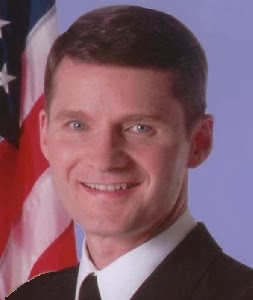 Major James Linzey is an army chaplain endorsed by the Chaplaincy of Full Gospel Churches (Jim Ammerman’s group), and a rather representatitve member, it seems. Linzey has made several appearances on the radio show “The Edge”, explaining “how the satanic forces in the U.S. Government allow illegal immigration, giving access to terrorists to invade America’s heartland,” and how illegal immigration affects the politics, domestic issues, national security, and “the terrorist ring” in the United States. In particular, Linzey exposes “unknown satanic forces and how they are using illegal immigration to:

Concurrently, there seems to be another conspiracy unfolding: a communist takeover of the U.S., in which the U.S. government is complicit. According to Linzey, the Chinese are going to to take over the United States with the help of Mexico, and Chinese soldiers are already in Mexico training the Mexicans for an invasion into the United States to reclaim the Southwest for Mexico. Typically, Linzey claims to have inside information from government officials, but the names of these sources can of course not be disclosed. There is also invasion plans from the UN (probably related): “I suggest that Americans get their arms to be ready to defend themselves and their own homes when they come knocking on your door, demanding your food, demanding your money, and raping your wives. The U.N. troops will be here to start patrolling the cities, the streets, the highways, and we will be under, basically, European rule.” In the end, though, it is the Jews who wish to control the world through their familiar Illuminati organization. Jews, Mexicans, Chinese, Satan, Obama, the UN, whatever – they all look the same to James Linzey.

Diagnosis: It is worth emphasizing, again, that Linzey is a major in the US army.
Posted by G.D. at 12:05 PM