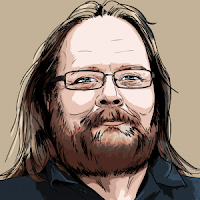 Dean Esmay is a rather well-known blogger, HIV-denialist and Peter Duesberg fan. While he’s probably a (somewhat and sometimes) smart guy, his understanding of science and critical thinking is sorely deficient (well, “breathtakingly absent” may be closer to it). Esmay fancies himself a skeptic, but when you lack the basic grasp of science and the scientific method, denialism and crackpottery will easily be the outcome, a fact that is hardly better or more painfully illustrated than by the case of Dean Esmay.

Though he is aware that Duesberg’s publication record on AIDS-denialism is sorely deficient, Esmay concludes, as a true conspiracy theorist would of course do, that the peer review system is corrupt. Esmay doesn’t appear to have a very clear idea about how peer review works (nor science) but that doesn’t prevent him from dismissing the whole system as cronyism because the system doesn’t end up publishing fringe crackpot theories from people he likes. Indeed, on global warming Esmay says “[b]y the way, watch for the paint-by-numbers responses: the bashers and defenders of orthodoxy love to trot out phrases like ‘conspiracy theory’ and ‘politics’ and ‘pseudo science.’ Because that lets them not only smear the skeptics, but also lets them completely evade the real issue: inherent conflict of interest and lack of objectivity.” Notice that it’s all about bias; when you lack any shred of evidence for your position, nothing beats a good old ad hominem fallacy, in particular the kind that commits the ad hominem by dismissing the opponent due to said opponent’s perceived ad hominems. Here is a substantial critique of Esmay’s rants on peer review emphasizing his lack of understanding and knowledge of the process. It’s not quite Larry Dossey territory, but not that far away either. You can read a response to Esmay’s support of President George W. Bush's “bold questioning of scientific authority” here, and here.

You can see an instance of Esmay’s rants on HIV being shot down here, as well as Esmay’s subsequent implosion into incoherent flailing. Also here (yes, it’s the same ad hominem/big pharma gambit again).

He doesn’t seem to understand evolution either (indeed, the whole notion of understanding seems to be a general obstacle) and has defended teaching Intelligent Design Creationism in public schools. He may occasionally apply projection as a debate technique, and is no stranger to ridiculous hyperbole based on misunderstanding either.

More recently, Esmay has been managing editor of the MRA site AVoiceForMen. As if he is actively trying to crown the public image of idiocy and cluelessness he has been nurturing over the years with something even more moronic.

Diagnosis: Hypercrackpot and denialist who predictably cannot distinguish scientific research from politics or evidence from baseless opinion, and has no clue to how the scientific method works. The results are the entirely predictable whole gamut of crackpottery and conspiracy theories. Shun him.
Posted by G.D. at 4:13 PM