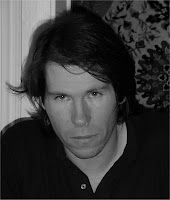 The famous pyramidiotic Rand & Rose Flem-Ath, whose musings about Atlantis are based on the crackpot theories of Charles Hapgood, are Canadian and thus disqualified on technical grounds. Despite their impressive levels of crazy, they don’t quite reach the levels of crazy espoused by David Flynn, however. Flynn is a wingnut who likes to put his Biblical spin on every bit of paranormal nonsense in the world, from UFOs to Masonic conspiracies to the face on Mars to, well, pyramidiocy (like the Flem-Aths). Flynn seems to believe that the Earth will end in 2013 – not 2060 as the rest of us apparently thinks. The reasoning puts Harold Camping to shame, employing not only numerology based on the prophet Daniel, but also the Mayan calendar and the TV show X-Files (!). It is described here. His rants were even picked up by the WND, but then again the WND isn’t exactly known for their commitment to meticulous fact-checking. Since the events of 2013 were supposed to be heralded by strange events in 2012 things don’t look too good for Flynn’s prophecies, but we can’t be bothered to investigate whether some updates have been made available.

As for numerology, I guess few take it to the extremes in the way David Flynn does. “It is significant that the United States recovered the debris and ‘alien’ bodies of the Roswell crash on the 4th of July 1947. America itself was founded on the same date in 1776. This year was chosen by the occult elite behind the formation of America for a special reason,” says David Flynn, which ostensibly shows that even the US had occult foundations. And don’t forget the significance of the number 33. For instance, “33% or one third of an hour is 19 minutes and 48 seconds. Yes, 1948 …,” the date of the foundation of Israel. You can read some discussion of these and similar claims here, here, and here.

Flynn doesn’t like education, either, finding it to be a Satanic-masonic conspiracy, primarily, one supposes, because it may lead people to opposite conclusions from his own, and for such irrelevant reasons as truth, reason, logic, evidence, reality and sanity.

Diagnosis: A quite remarkable man, David Flynn. I suppose few others have so consistently tried to cram absolutely everything that is wrong into a single belief system as Flynn. His impact is limited, one presumes, since using his approach on reason and evidence is not particularly conducive to surviving e.g. walking down a regular set of stairs.