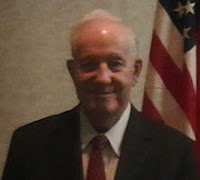 The Prohibition Party has been struggling a bit for public awareness the last couple of years. Since their glory days during the turn of previous century their platform has also evolved from one that incorporated left-oriented views on social policy to a strict Religious Right platform; currently it presupposes the U.S. as aChristian nation and looks pretty much like the Constitution Party apart from their view on alcohol (total prohibition). They also call for the prohibition of abortion, pornography, gambling and homosexual conduct, and stricter laws governing tobacco and “commercialized vice.” They also advocate teaching the Bible in public schools and blame the ills of society insightfully on “atheists, Marxists, liberals, queers, liars, draft dodgers, flag burners, dope addicts, sex perverts and anti-Christians.”

They didn’t do so well in the 2012 election either (518 votes), despite promoting Lowell “Jack” Fellure (West Virginia) as their nominee (vice presidential candidate: Toby Davis), whose campaign platform begins with “My Presidential Campaign Platform is the Authorized 1611 King James Bible. God Almighty wrote that Book as the supreme constitution and absolute authority in the affairs of all men for all time and eternity,” a tried and true foundation for any well-functioning political and/or legal system. In fact, Fellure has formally campaigned for President in every presidential election since 1988 as a Republican. In 1992 he received 36 votes in the New Hampshire primary, which is not far from the expected number of people voting for him by mistake. In 1996, while vehemently opposing Clinton’s alleged commitment to a Marxist New World Order, he received all of one write-in vote in the general election (Idaho).

Diagnosis: So cute you might well want to pinch his cheek. Dunno if he bites, but I wouldn’ bet against it.
Posted by G.D. at 10:46 AM