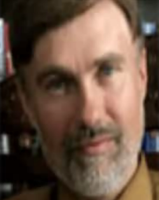 Tom Fife is an interestingly shadowy character, and mad as a hatter to boot. But to take his entrance on the scene of nuttery from the start. In 2011 or old friend, the ravingly lunatic Janet Porter, published an article in which she claimed that Obama was a Soviet spy (she was, of course, JAQing off), chosen by global elites many decades ago to destroy the nation from within. Her credible source for this was … Tom Fife. And that tells you quite a bit about Porter’s ability to assess her sources (come on: if nothing else, then the allegation that Obama is supposedly a Soviet spy would have made some people hesitate).

Fife (and he is a real person) did indeed claim that he had this from a “Soviet scientist” he talked with in the 1990 who gave him the name Barack Obama and claimed that he “will be a blessing for world Communism. We will regain our strength and become the number one power in the world.” Here is the original story.

His story has of course been picked up by exactly those sources that you’d suspect would pick it up.

Diagnosis: A shadowy character; we know little else about him but doubt that anything good would come from investigating.