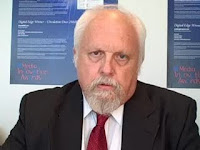 Raymond A. Finney, Jr. is a Republican member of the Tennessee Senate representing the 8th district, former pathologist, and staunch idiot creationist.

In February 2007, Finney filed a state senate resolution which asked the Tennessee Department of Education to address a number of creationist talking points, and to answer the following questions:

In other words Finney does not have the faintest clue about evolution; indeed he has less of a clue even than your standard creotards. (Also here.) Of course, his goal was to get the Department of Education to admit that evolution is disproven, not to “teach both sides,” but I guess no one doubted that.

Diagnosis: An absolutely abysmally ignorant idiot, whose moronic opinions do not even raising to the level of false.
Posted by G.D. at 2:14 PM