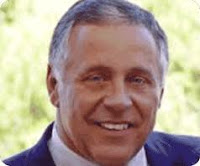 Gary Ezzo is a self-proclaimed expert on raising children. No, he has no formal education in anything related to it, but he sure is a religious fundamentalist, and that should apparently weigh up for his lack of insight, evidence and reason.

He is most famous for the book On Becoming Baby Wise: Giving Your Infant the Gift of Nighttime Sleep, coauthored with the conservative Christian pediatrician Robert Bucknam, which concerns raising infants and emphasizes parental control of the infant's sleep, play and feeding schedule instead of allowing the baby to decide when to eat, play and sleep, and contains advice that, to put it mildly, is not generally recommended by pediatricians (some of the dangers are discussed here), mostly under the framework of “Jesus suffered, so it's important for kids to suffer to learn to obey.” That’s what passes for reason and evidence. There is a good resource on the Ezzo-methods here. At least the book and program have brought the Ezzos their share of fame and fortune.

The full title of the earlier edition of the book, by Gary and his wife Anne Marie, was Preparation for Parenting: Bringing God's Order to Your Baby's Day and Restful Sleep to Your Baby's Night. That edition was denounced even by Ezzo’s own church (partially for its ascription of Biblical qualities to the concept of scheduled feeding, and for failing to address the church's concerns about human depravity and regeneration). According to the Ezzos “[t]he book justified the act of leaving a baby to cry alone by comparing that choice to the crucifixion of Jesus: ‘Praise God that the Father did not intervene when His Son cried out on the cross’,” which would not quite count as evidential support if the Ezzos tried to publish their screeds in a psychology journal. Babywise was the secularized second edition of the book, though for some reason it tended to appeal primarily to fundies, though most religious institutions have rejected it as dangerous crackpottery as well.

The governing idea in the second version was still that parents are locked in combat with infants, and that it is a battle the parents have to win. And it is still widely used in religious courses on child-rearing – according to one of the Ezzos’ regional directors, David Good, “[t]he program produces kids who are submissive, respectful of elders and with a spark of fun.” No, he produced no evidence for that claim.

Dangerous crackpot ideas about childrearing have real potential among certain religious fundies. Another example would be To Train Up a Child by Michael & Debi Pearl, but the Pearls will be covered later.

Diagnosis: I suppose there may be something charmingly Biblical about building your (substantial) wealth on hurt and harmed babies. Given the lasting popularity of the book, Gary Ezzo and his accomplices must count among the most dangerous and harmful crackpots out there (despite rather tough competition).
Posted by G.D. at 1:16 PM