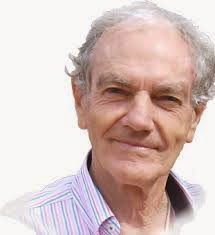 Leonard Dietrich Orr is a spiritual writer known for developing Rebirthing-Breathwork, a system or technique of breathing that allegedly helps one to overcome the “trauma” of being born. Apparently he learned some of his stuff from the twelve immortal yogis he claims to have met (the one he names, Haidakhan Babaji, died in 1984). Orr’s claims that humans are not only immortal, but physically immortal, has thus far not gained widespread recognition.

Orr is also one of the earlier proponents of “prosperity consciousness” the idea – most famously promoted by The Secret – that your beliefs about yourself are a key factor in magically pulling more money to you. Apparently your magical abilities may be undermined by what Orr calls “emotional energy pollution,” however. So if you experience, say, financial troubles in your life, it is because you have the wrong attitude.

According to his bio Orr spent a large part of his early career in the bathtub –  literally hours every day – where he had frequent flashes of memories of being in the womb or being born, and he subsequently founded “Theta House”, a Rebirthing Center where enthusiastic Rebirthers would be breathing with a snorkel in a hot-tub while floating face down to stimulate womb memories. Orr noticed – rigorous science here – that a certain breathing rhythm would occur, which subsequently led him and co-enthusiast Sondra Ray to develop the Rebirthing-Breathwork technique, a therapeutic technique that can heal suppressed emotions regardless of at what point in one’s life they became suppressed (that is, induce these emotions, though Orr and Ray don’t put it quite like that). Indeed, according to Orr, if you learn how to breathe energy well, you can breathe away diseases and physical or emotional pain. As expected, Orr’s and Ray’s writings on the subject mixes most forms of woo, New Age beliefs and religious fundamentalism into a highly delusional mass of gibberish. Their book Rebirthing in the New Age barely, according to critics, “edges out The Miracle of Psycho-Command Power as the most ludicrous piece of shite ever to come out of the whole self-help/new age mess. Claims you can achieve physical immortality.” (Rebirthing in general is discussed here, with a focus on the work of James S. Gordon. Rebirthing also has an entry here).

Sondra Ray is also the author of Essays on Creating Sacred Relationships: The Next Step to a New Paradigm, which apparently helps you create your own paradigm – some serious misunderstanding of Kuhn’s writings going on here, in other words.

Rebirthing has apparently gained some popularity. You can for instance have a rather overwhelming experience of poorly matching colors if you visit the rebirthing promoting website of Petrene Soames here. Rebirthing practices have also caused some serious real harm, but that can, once again, probably be blamed on the victims.

Diagnosis: Astonishing bullshit. Orr and Ray are among the most delusional people on the planet, but have a knack for fluffy terminology that makes a certain segment of the population pay not only attention to them, but money to undergo treatments based on their bullshit at their centers. It should beggar belief, but it doesn’t anymore.
Posted by G.D. at 11:43 AM