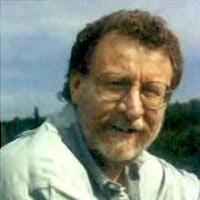 Harry Palmer is the founder of the The Avatar Course, a series of Large Group Awareness Teaching (LGAT) self-development courses, and run by Palmer’s company Star’s Edge, Inc., which trains and licenses Avatar Masters (teachers) to deliver the bullshit worldwide. The Avatar course offers “belief management” – it claims to “identify and remove limiting beliefs” so that students can become more effective in life.

Palmer and his partner, Avra-Honey Smith, should be well qualified for this kind of thing. They ran the Elmira Church of Scientology officially for over 10 years prior to Avatar; that is, until Palmer ceased to make payments and was promptly sued by the Church of Scientology for trademark infringement. The lawsuit resulted in Palmer renaming his “Church of Scientology, Mission of Elmira, Inc.”  to “the Center for Creative Learning”. He apparently never left the ideology behind – just changed the name – and the Avatar-related materials contains extensive selections from scientology, although Palmer appears to have gradually altered the terminology – the contents are pretty much the similar. Palmer’s “history of consciousness in the Milky Way galaxy” is a take on the Scientology’s Galactic Confederacy, according to which Earth is one of the planets seeded with life, and asserting that humanity is at risk of destroying itself through a “blight bomb” that stops photosynthesis. He also claims to have learned things from extraterrestrials’ records on Earth.

As most of people of this ilk, Palmer has been in certain troubles over his alleged credentials.

Diagnosis: It is a bit difficult to imagine that Palmer is acting in good faith, but if he is, then his Avatar Course is as pure bullshit as bullshit comes. “Execrable” is probably a relatively accurate diagnosis.
Posted by G.D. at 11:16 AM