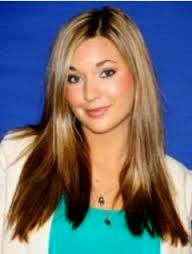 Katie Pavlich is a hardcore global warming denialist and wingnut who regularly contributes to Townhall and makes appearances on Fox News. As expected, Pavlich has little understanding or time for the science behind global warming – or science in general – taking for instance polls showing that the majority of Americans don’t believe that climate change is a threat to be evidence against climate change. Also, the fact that it gets cold in winter means that global warming isa hoax. As so many wingnuts of her kind, she has also promoted the “Rachel Carson banned DDT worldwide” myth.

However, she is most famous for her contributions to gun control debates, pretty much mixing up the debate over gun control with virtually any unrelated issue – the result being some unusually bizarre conspiracy theories and talking points. For instance, she was heavily opposed to the United Nations “Arms Trade Treaty” which would ban trading arms with countries or terrorist groups that would use said weapons to commit genocide or acts of terror, somehow failing to see that the treaty wouldn’t affect American domestic policy on guns. Well, being opposed to the treaty is her prerogative. What puts her stance on that issue in a bizarre light is her – at the same time – obsessed rants about Operation Fast and Furious, in which she accused the Obama administration of purposely selling guns to Mexican cartels as part of Obama’s master plan to get support for more gun control. Her conspiracy theory is laid out in her book Fast and Furious: Barack Obama’s Bloodiest Scandal and Its Shameless Cover-Up, which was praised for instance by the John Birch Society.

Diagnosis: Wingnut conspiracy theorist and science denialist. We’ve encountered some of these before, I think.
Posted by G.D. at 11:46 AM