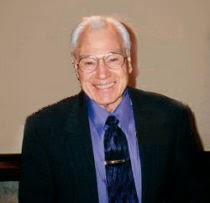 Insofar as he is still going strong (no really updated information located) Charles L. Pack must be pretty old. And, of course, and more notably, pretty dingbat insane. Pack is the founder, conference director and president of Thy Kingdom Come, Inc., author of multiple booklets on Bible prophecy, publisher of the bi-monthly Spirit of Prophecy newspaper, and one of the heroes of the RaptureReady site. Yes, one more of those.

The stuff he promotes is thus the expected ravings, but among his more personal touches is the promotion of The Hallelujah Diet®, consisting mainly of raw fruits and vegetables, as well as Barleygreen, a natural barley grass. After all, it cured him! At one point in his life, Pack apparently suffered from a delibitating disease that conventional medicine was unable to stop, and enter the Hallelujah Diet (®). As a result of his experiences, Pack founded the website Be In Health to provide answers to questions about his medical problems and their cure (biographer Nicole Balnius interestingly calls him “Dr. Pack” when talking about the promotion of woo – Pack has diploma in divinity), as well as questions about a host of other people whose physical ailments have been helped by diet, nutrition, and the use of natural products.

Aside from promoting “natural” treatments, Pack preaches about endtimes, hell and the end of the world – indeed, the “end-time events could happen within the span of the calendar hanging on your wall.”

Diagnosis: There is always something fascinating with interdisciplinary cranks, but apart from that Pack is probably pretty harmless.
Posted by G.D. at 11:51 AM