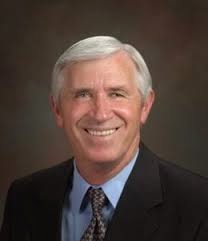 Randy Rives was the Texas Taliban Candidate for the 31st District during the 2012 Texas Senate election. He lost that one, fortunately. For the rest of us Rives came to attention through his antics as a member and board president of the Ector County School Board in Odessa, Texas, where he was instrumental in implementing a Bible course as an elective course in public schools, heroically fighting the heinous efforts of the ACLU in the process. At least that’s how he presented himself in the 2010 campaign. As a matter of fact, Rives and his fellow fundamentalists (Renda Berryhill, Butch Foreman, and Doyle Woodall) were eventually ousted from the Board.

In 2010 Rives ran unsuccessfully for a place on the Texas State Board of Education, where he would ardently promote creationism, David Barton-style historical revisionism, and what he would himself describe as fighting the “pro-Muslim/anti-Christian bias” of textbooks. His campaign was, predictably, characterized by a disdain for facts and truth to match what he would have had in store for Texas public schools had he been elected.

Diagnosis: A characteristic example of the Taliban wing of Texas politics. Thus far, Rives has been (overall) rather unsuccessful, but he sure is ardent and should be watched
Posted by G.D. at 12:03 PM