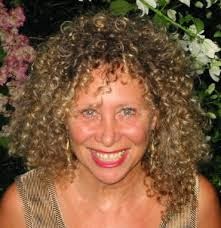 Importantly, the courts ruled the statements not defamatory. That may, in fact, have been the correct decision. It doesn’t make Rosenthal less of a loon.

Diagnosis: An annoying source of unalloyed lunacy, though it may in fact be argued - on the grounds of the court case - that her contributions to the human effort are not, on balance, negative(!)

One Marshall Rosenthal deserves a mention for this screed, though a separate entry is probably too much.
Posted by G.D. at 1:35 PM