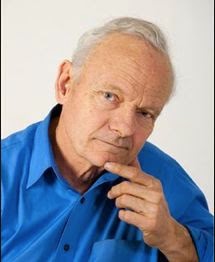 No, we are not going to dignify Phil Robertson with an entry, even as he is starting to gain some political influence. We have standards.

Arthur B. Robinson may be just about the greatest crank alive in the US today. Robinson was a professor of chemistry at UC San Diego until 1972, when he resigned to pursue a career as a crackpot, woo-meister, and fringe political figure, and has certainly gained a notoriety that can just be described as “remarkable”.

His first (well, as far as we can confirm) stint as a pseudoscientist was his partnership with Linus Pauling during Pauling’s Vitamin C quackery days, and Robinson and Pauling founded the Linus Pauling Institute for Science and Medicine in order to promulgate orthomolecular medicine; the ensuing pseudoscience is discussed here. Pauling and Robinson soon fell out due to Pauling’s leftist political leanings, however – Robinson was and remains a staunch rightwing wingnut.
After the break (which involved quite a bit of lunacy and some lawsuits) Robinson founded the legendary Oregon Institute of Science and Medicine (OISM) to further promote his own crackpottery – yes, that’s the organization behind the Oregon Petition (also discussed here, here, and here), which Robinson initiated with notorious expert-for-hire Frederick Seitz, and which tells you quite a bit about Robinson’s relationship to science and scientific methodology (Robinson the cargo cult scientist is discussed here). The OISM has become a major player in the distribution and promulgation of global warming denialism (its role is assessed here), and has also published research by noted deniers such as Willie Soon and Sallie Baliunas (standard references for any global warming denialist who have worked closely with Robinson and his family, including Arthur’s sons Noah and Zachary).

Robinson, however, is a crank magnet, and there is hardly a branch of pseudoscience or denialism that he has failed to endorse. Robinson is, for instance, a creationist, and a signatory to the Discovery Institute’s petition A Scientific Dissent From Darwinism, which is of course as weighty a contribution to biological sciences as the Oregon Petition is to climate research. Robinson’s views on evolution are for instance summed up here:

“God’s Law is the mediator between people if they are to get along well and are mutually beneficial to one another. It is up to you to learn to take the Bible seriously (no more discounting of God’s instructions about life that we find in the first 5 books of the Scriptures), study it, and make it part of your genetic makeup. Evolution is no more true of God’s standards of right and wrong than it is of creation. Community has been lost in our largely apostate age because we have forgotten God’s Law.”

Robinson and the Oregon Institute are also associated with the anti-environmentalist, woo-promoting Doctors for Disaster Preparedness (DDP), which again is associated with a range of denialist positions and cargo cult science, including DDT ban myths, ozone depletion denialism, global warming denial, crank theories about radiation hormesis, vaccine denialism and HIV denialism. DDP’s mission is to refute “fake” threats and help prepare for “real” ones. The “real” threats are the possibility of global thermonuclear warfare, vaccines, environmentalists, and hippies; the “fake” ones include global warming, ozone depletion, and AIDS. DDP is also closely affiliated with the quack organization Association of American Physicians and Surgeons.

Indeed, Robinson has himself actively contributed to the DDP’s fields of interest. He is, for instance, head editor of the newsletter Access to Energy (a position he received at the request of its founder, none other than legendary mad crackpot Petr Beckmann). The newsletter, like DDP, promotes anti-environmentalism, global warming denialism, and AIDS denialism (it has been an important outlet for Peter Duesberg’s old and thoroughly refuted arguments, for instance). Indeed, Robinson has a particular love for radioactive waste, and has been deeply involved in radioactive quackery, promoting a view of radiation hormesis that is slightly crazier than those promoted by Ann Coulter (though Coulter probably got her views from Robinson), suggesting that “[a]ll we need do with nuclear waste is dilute it to a low radiation level and sprinkle it over the ocean – or even over America after hormesis is better understood and verified with respect to more diseases.” Great idea.

What else is missing? We have already touched on his dominionist leanings (Robinson has come out as a fan of the teaching of Rushdoony), but we need to mention survivalism and conspiracy theories. Robinson even co-authored the book Fighting Chance: Ten Feet To Survival with insane theocrat Gary North. The book is a survivalist tract that promotes the reintroduction of duck-and-cover drills and offers advice on surviving nuclear war (Robinson has, for good measure, created an organization, Physicians for Civil Defense, to promote his survivalist claims). You can even buy CD courses from Robinson’s website on how to prepare for the coming commie takeover and nuclear holocaust. True to form, Robinson also offers his own brand of homeschooling curricula for sale, which uses e.g. the books of G.A. Henty, promoting themes adapted from old British imperialism and racism (“my advice to homeschool parents is to teach geography, history, and government largely from books which were written in the 1950s and earlier, before it became popular to teach overt racism under the rubric of ‘multiculturalism’”). The overarching pedagogical idea is that “[h]ome schooling is no more than a tool that can be used to keep a child out of the World. If a young person is kept out of the World, the Lord will raise him (or her). Little else is necessary.”

His dominionist leanings and fear of the Evil Liberal Conspiracy have taken Robinson into politics proper. In 2010 and 2012 he ran on the Republican ticket for a seat in the House of Representatives in Oregon’s fourth district, and had a rather infamous meltdown incident in an interview with Rachel Maddow, where he rambled incoherently and accused Maddow of smearing him by quoting his own writing from Access to Energy. His platform seems to have been rather dominionist, implying that homosexuality is the cause of AIDS, supporting removing all taxes on energy and abolishing the public school system (as mentioned, he has his homeschooling curriculum). Robinson on the school system?

“It is simply not biblical to place academic excellence at the pinnacle of child training values and to sacrifice other important values in the process. But this error comes quite naturally to westerners who have breathed deeply of the humanist air drawn from ancient Greece and filtered through Enlightenment Europe. The humanist worldview puts man at the center of the world and man’s mind as the supreme arbiter of truth. In this system education is all-important, education being defined in terms of intellectual achievement. Notice how the humanist solution to every problem known to man is more education, as if a well-trained mind will lead to virtuous living. Is premarital sex and its related diseases rampant? We need sex education? Does a teenage boy drive too fast and get speeding tickets? He needs more driver education. And on it goes. Now I’m not saying that our brothers who propose the superiority of Christian schools over homeschooling are Enlightenment lackeys. But I believe they are showing a bias toward intellectual achievement that is not drawn from the Bible.”

At least the ideas make it somewhat clearer where the Oregon Petition came from.

Though he lost the election, Robinson still managed to obtain 45 % of the electorate, which should tell you something scary.

Diagnosis: Robinson is the very embodiment of crank magnetism and cargo cult science, and pretty much the standard against which all crankery is measured. He is pretty zealous – and the election results show that he has quite a bit of support among the reality-challenged – and must be considered extremely dangerous.
Posted by G.D. at 8:42 AM