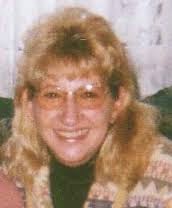 Carol Rutz has nobly taken it upon herself to give a voice to all the victims of government mind control experiments during the cold war, in particular the MKULTRA program. She does so on whale.to and in her book A Nation Betrayed, and it goes approximately as badly as you would suspect (there is a review of the book by someone equally crazy here). She also tells us that she has Dissociative Identity Disorder (multiple personality disorder), but assures us that she is not crazy – she created those multiple personalities as a defense against the ritual satanic sexual abuse she was exposed to from her family – and it was only during various regression therapy-like sessions that she "discovered" the "truths" about her past.

You can read what Rutz thinks she was exposed to from the government here (she has “amassed an incredible amount of material that I feel validates my personal experiences”). I am not sure I have all the details right, but at least she claims that she was first subjected to certain drugs to “enhance my talent”(according to herself Rutz was chosen because she displayed psychic abilities) before being moved to machines that “are amplifiers of Psi abilities” (all hospitals have these – it is required by law – but it is of course super secret). In more detail, “[t]here was some type of surgically inserted ‘interface’ device implanted in my ‘third eye’ area to allow connection to these machines.” Apparently the government applied their techniques to heighten and use ESP, remote viewing, and the energy of the mind, and use Rutz’s multiple personas as slaves with the ability to “psychically kill” (… enemies, presumably). Indeed.

Here is Rutz’s musings on the shadow government and their institutionalized ritual abuse of children, and here is her presentation at The Fourth Annual Ritual Abuse, Secretive Organizations and Mind Control Conference in 2001. That conference probably featured quite a few quite colorful personalities.

Diagnosis: There is little doubt that Rutz’s really wants to help. But good intentions won’t quite suffice without an at least approximate understanding of the mechanisms that will turn your good intentions into a positive result. At least Rutz is probably pretty harmless.
Posted by G.D. at 12:38 PM