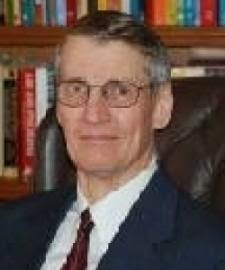 Lyle Rossiter is a forensic psychiatrist who has done a great deal of work examining the liberal mind, attempting to explain the liberal’s “extravagant political demands, in his furious protests against economic freedom, in his arrogant contempt for morality, in his angry defiance of civility, in his bitter attacks on freedom of association, in his aggressive assault on individual liberty.” That’s how he understands “liberal”. Little wonder that he concludes that liberals are mentally ill – and not in the sense of American loons or Michael Savage, but literally mentally ill.

In other words, the presupposition for his research is: “My political views are so obviously correct that anyone who doesn’t accept them must be mentally ill;” in other words, he presupposes a right-wing political outlook and then tries to explain why other people do not accept this truth by mental illness: “[The liberal’s] neurosis is evident in his ideals and fantasies; in his self-righteousness, arrogance and grandiosity [indeed, Rossiter]; in his self-pity; in his demands for indulgence and exemption from accountability; in his claims to entitlements; in what he gives and withholds; and in his protests that nothing done voluntarily is enough to satisfy him.”

Indeed, the liberal mind is “a massive transference neurosis acted out in the world’s political arenas, with devastating effects on the institutions of liberty.” Rossiter apparently does not understand the notion of “transference”, but I am not sure this is the main shortcoming of his attempt to deconstruct strawmen. His “findings” (i.e. rants) are summed up in his book The Liberal Mind: The Psychological Causes of Political Madness, which seems to have been rejected by most academic publishers. Joan Swirsky, a fan, praised it for avoiding “all the usual psychobabble”, which it managed to do in virtue of not containing anything remotely related to science whatsoever. Currently Rossiter is calling for violent rebellion against the mentally ill.

Diagnosis: Two can play this game, Lyle, and out-diagnosing you as a moronic blubberhead is just as scientific as your own rantings; the difference is that we avoid strawmen, and the diagnosis is accurate and set based on evidence rather than psychological projection.
Posted by G.D. at 12:31 PM