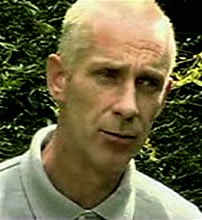 In any case, Gordon Ross is a mechanical engineer and “Scholar for Truth”, i.e. a 9/11 truther. He is most famous, perhaps, for conducting investigations that purportedly show that World Trade Center buildings 1 and 2 would resist the collapse once started if the official stories blaming the collapses on plane crashes were correct. His conclusion is wrong because Ross fails to understand some rather simple and basic concepts of physics and engineering, as pointed out here, here and here, as well as basic logic, and failing miserably on the facts in the process. Together with Craig T. Furlong Ross has also written a paper claiming that an explosion at the WTC was recorded by seismic instruments before the first aircraft impact, committing a rather epic fail in the process (Furlong, by the way, appears to have renounced trooferism later on).

Ross is of course not the only engineer involved in the truther movement. We have already covered Richard Gage of Architects & Engineers for 9/11 Truth. Other expert structural engineers associated with that group include Charles Pegelow, who thinks nuclear weapons destroyed the towers, and Robert T. Mote, who thinks the tower collapses started from the bottom (“I could never understand the ‘convenient’ vertical collapse at the BASE due to an extreme event at height”). Structural engineer Dennis Kollar, on his side, has pointed out that “[f]or me the most convincing aspect that the 911 collapse was a controlled demolition is the recorded explosions on the 9/11 Eyewitness DVD” (the “recorded explosions” he is referring to are wind noise captured by the camera in Hoboken, a few miles away from the WTC, something that is overwhelmingly obvious to anyone who has seen footage from close to the WTC, where what would be absolutely enormous “explosions” are not captured by any microphones). Structural engineer Michael Donley, on the other hand, says that he has “read the FEMA report and conclude that it is incomplete at best and a cover-up at worst” (he hasn’t read the NIST report, though). Engineer Edward Knesl says that “[w]e do not know the phenomenon of the high rise building to disintegrate internally faster than the free fall of the debris coming down from the top,” showing that he has not bothered to review videos of the collapses. In a feeble attempt to top these morons, AE 911 Truth engineer Donald Messerlian has plumped for: “[s]eismographic evidence proved pre-planted explosives destroyed WTC 1, 2 and building 7 before the planes struck buildings 1 & 2.” To repeat: The three WTC buildings were destroyed before the planes hit. Messerlian has, in other words, plumped for the “no plane” idea: “After performing some in-depth research on this subject, I have come to the conclusion that no commercial airplanes impacted the two WTC Towers. No commercial plane impacted the Pentagon. No commercial aircraft buried itself in Pennsylvania terra firma.” Indeed. (Thanks to this site for this list of morons).

Diagnosis: Incompetence galore, and it is interesting to see how adherence to a conspiracy theory makes these people forget even the basic skills associated with their own profession. Moderately dangerous when they come in bulks, however.
Posted by G.D. at 11:56 AM