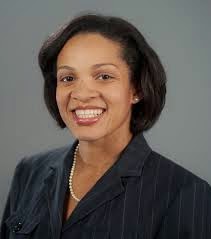 Lakesha (Kesha) Rogers is a political activist in the Lyndon LaRouche Youth Movement and seemingly perennial candidate for Texas’s 22nd congressional district for the Democrats (though the party has renounced all ties with her and her cult). Her recurring platform has thus far primarily consisted of campaigns to impeach Obama (she has been photographed holding a LaRouche campaign sign depicting President Obama with a Hitler mustache) and start a war with the UK since “Imperial Britain … has been the dominant force behind the destruction of sovereign nation states.”

Her objections to Obama includes his alleged attempts to dismantle NASA and his health care reform, which according to Rogers are fascist attempts to kill Americans (both of them). Since she has already firmly committed herself to inventing her own facts, Rogers has also rejected anthropogenic global warming as an attempt by London banking interests to ruin America’s economy.

Rather frighteningly, Rogers managed to win the Democratic primary election for the US House Texas 22nd District in 2010, which promptly caused the Democratic campaign in that district to implode. Her 2012 efforts were nevertheless once again successful (in winning the primaries, not the general election, of course) despite efforts from the Democratic party to prevent this lunatic from achieving any position of power.

Diagnosis: At least she puts rightwing wingnuttery in perspective. We hoped to conclude that it’s a Texas thing, but it probably isn’t.
Posted by G.D. at 8:56 AM