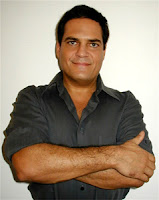 Michael Fumento is a journalist, well-known corporate shill, and associate of various denialist think tanks whose main issues are health and environmental issues denialism. In fairness, he has written sensible stuff about the former, for instance taking down antivaxxers. The reason he hit the truth is because his schtick is anti-alarmism, and in the case mentioned this is exactly the correct approach. But on other issues things go horribly wrong. Too few remember his first book from the 1980s, “The Myth of Heterosexual AIDS”, in which he attempted to downplay the problem of AIDS, but it fits very well in his overall approach to reality, which includes denying any risk from DDT, global warming, second-hand smoke, SARS, swine flu, avian flu (yes, he is utterly dense when it comes to flu), and so on. He is not entirely open about the fact that he sometimes receives money from the industry to write books that, remarkably, comes across as book-length advertisements for the companies that paid him (the feeble excuse for his failure to disclose his sources would be hilarious were it not for the blatant dishonesty). Of course, it is a classic ad hominem to try to explain why someone is wrong before you have shown that they are, in fact, wrong – a standard error committed by denialists, conspiracy theorists and shill gambit fans – but in Fumento’s case the criterion is amply fulfilled, as his wrongness comes in thick layers of lack of empirical support, cherry-picked data, demonstrably misrepresented and misunderstood scientific results, and a rhetoric shamelessly insensitive to actual evidence.

His writings on global warming are particularly dishonest – of course, his mistakes and dishonesty are often rather obvious, though presumably those of his readers to whom he caters are so steeped in confirmation bias that they won’t see it, much less care (the one on what Fumento calls “biases in science” – essentially “I don’t understand it, and it disagrees with me, therefore it is biased” – is particularly egregious (“the leading scientific journals have been taken over by liberals who value politics over truth”) (also here). He has many fans, however, and they are often no less dishonest (the particular case of Tracy Spenser is just one example).

There is a good resource on Fumento’s bullshit here.

In May 2012 Fumento came around to denouncing and partingways with the rabid right, but I am not sure Fumento isn't part of the problem rather than the solution here.

Diagnosis: Arch-denialist, and perhaps the most important arch-denialist operating today. He has a lot of influence and must be considered extremely dangerous.