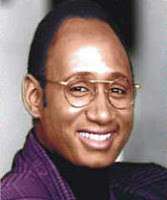 Mitchell E. Gibson’s Wikipedia article (can't be bothered to link it), rather obviously written by a fan (possibly himself), describes him as “one of the world’s leading authorities on the interface of science, the human soul, and the frontiers of human consciousness,” and informs us that he has “delivered addresses to many of the world’s largest conferences related to science and consciousness,” such as The American Federation of … Astrologers. In fact, the article informs us that “Gibson has the rare distinction of being the only physician to win the highest award ever granted by the American Federation of Astrologers […] for his work in astrology, clairvoyance, and spiritual research.” Indeed.

Gibson is a “spiritual teacher” who claims to have studied in India under various dingbats who “initiated Gibson into the mysteries of the Holy Mother and the Goddess Lakshmi.” Currently he uses his clairvoyant and spiritual “gifts” to work with a select group of clients (one really wonders who). And he is really in at the deep end. The Secret is just the beginning of your Astral Journey, it seems, and in his rants you will find gloriously unhinged fundie prayers, “the healing prayer of the Medicine Buddha” (also for pets), “the sound of prosperity”, the “hidden science of miracles” and “your immortal body of light”.

Let’s briefly look at the latter. You can check it out in the book section of his delightful website (yes, it starts with “To date, we know that human beings use only 1–3% of their brain capacity,” and it goes pretty hardcore downward from there). From “[t]hese secret texts, released for the first time to those who can find it, reveal some of the secrets of the spiritual function of the unconscious mind” to “[e]ach of these texts are designed to stimulate and activate different types of unconscious receptors in the human brain. Stimulation of these receptors causes an energetic reaction in the brain that allows for the release of dormant proteins that are necessary for accelerated spiritual growth.” Gibson admits that these receptors have not been discovered by science yet, primarily because “[u]nconscious receptors function at an entirely different level of reality.” Apparently they are governed by various energies, and “[t]hrough mastery of these energies, the higher spiritual transformations that mark the transition from human to immortal may be achieved. These areas are particularly responsive to words of power, primary matter, gemstones, and telepathic stimulation.” A different level of reality indeed.

Diagnosis: Pretty close to the level where words fail. He is probably friendly (though you never know), and probably harmless, but loons don’t come much crazier than this.
Posted by G.D. at 10:59 AM