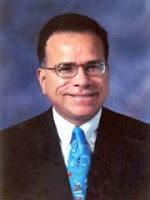 Alan L. Gillen is professor of biology at Liberty University, which is not an academic position regardless of what they might say, and a staunch creationist. In fact, he is one of those creationists who variously defend young earth Biblical creationism and Intelligent design creationism; most likely he subscribes the former, but have no qualms about the latter since they are in all important respect the same and the latter is construed to sound just a little more politically acceptable. One reason to think he subscribes to young earth creationism is that he is the author of “Microbes and the Days of Creation” for Answers in Genesis’s house journal Answers, in which he tries to puzzle out which day microbes were formed. The research that went into the paper is brilliantly illustrated by the passage “I once believed that all microbes were simply created on Day Three – with all the plants (and seed-bearing life) … Upon further reflection on the origin of microbes, I realized that not all microbes could be classified as ‘seed-bearing’ life, like plants, cyanobacteria, or photosynthetic bacteria. This led me to the conclusion that the Creator probably created animal-like (nonphotosynthetic) microbes on Days Five and Six.”

Gillen is the author of several books, most importantly The Human Body: An Intelligent Design (with F. Sherwin (to be covered) and A.C. Knowles), and Body by Design: The Anatomy and Physiology of the Human Body. His main area of expertise, however, is microbes, and Gillen is among those creationists who can compose and write papers that actually sound semi-technical and might even sound halfway convincing to those without any background on the topic, but the actual contents of which are beyond astonishingly moronic. An example is his paper “Darwin at the Drugstore? Testing the Biological Fitness of Antibiotic Resistant Bacteria” (with Sarah Anderson). And no, it does not test the biological fitness of antibiotic resistant bacteria. He might think it does, but he does not have the faintest idea how to test for it. It is discussed here. At least that article is apparently currently being used to teach students at real educational institutions how to distinguish real science from junk science.

Diagnosis: Complete hack, and rather dangerous
Posted by G.D. at 12:21 PM