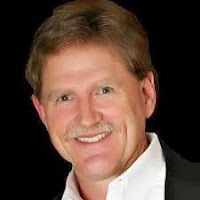 PPSIMMONS is – or rather was, since it was closed in April 2012 due to repeated copyright infringements – an absolutely insane Youtube channel whose main contributor is legendary internet kook Pastor Carl Gallups. Gallups’s contributions (and website) are generally devoted to young earth creationism and Biblical literalism. To emphasize how out of touch with sanity they are they also have segments about the nefarious influence of Satan and witches, as well as birtherism (Obama is also the anti-Christ, which would presumably entail that he is not a citizen) and global warming denialism (AGW is a “profit-driven scam,” though it is always a little unclear who, exactly, profits from it).

One of Gallups’s main arguments for creationism is that all scientists recognize design, and since they recognize design in nature, young earth creationism is true and there really is no theory of evolution (duh!). As is typical of crackpots, all critical comments to any of their material are quickly erased and the author blocked from further comments. Gallups is also a supporter of the Question Evolution campaign.

Some of his arguments are presented in his book The Magic Man in the Sky, which was duly pimped by the WND. The basic idea is that there’s a world of difference between someone declaring a momentary truth, and the actual “true truth,” and he argues forcefully that scientists “throughout history have a less-than-stellar trackrecord of accuracy,” and therefore religion (i.e. Gallups) is correct. Among his convincing examples is his idea (false, as it happens) that people back in the days generally believed that the Earth was flat and “held up at the four corners by giant elephants.” Of course, he fails to notice that such and similar ideas were hardly adopted on the bases of scientific inquiry but rather issued by the dogma of various religions. But you know. Apparently WND was so convinced that they have later returned to Gallups as an expert on evolution, for instance to comment on the perceived fact that the theory of evolution is about to collapse.

He does have some novel arguments though there is a reason why they haven’t been used before.

Diagnosis: More exasperatingly idiotic mindfuckery, though Gallups is unsurprisingly a hero of WND and Conservapedia – in short, he seems to have some impact among those who are already completely lost to reason and accountability.