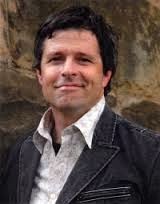 Ron Luce is the founder of Teen Mania Ministries, one of the scariest organizations in the US, its BattleCry Campaign and the Acquire the Fire (ATF) youth conference. TMM is an evangelical youth organization that promotes fundamentalist Christianity and theocracy by focusing on the more feral, aggressive elements of Christianity: “You guys are freaks of a whole different breed ... You guys are a bunch of wild animals. Man!” as Luce is fond of telling his disciples (the idea is apparently that adrenaline rushes are appropriate substitutes for being possessed by the Holy Ghost). Nonetheless, Luce views his organiztion as a counterforce to modern popular culture (pornography, violent video games, sexual content on television and in the media, gay marriage, and the secularization of America and so on), and as a combat force against the “purveyors of popular culture,” who he deems to be “the enemy ... terrorists, virtue terrorists, that are destroying our kids,” who are “raping virgin teenage America on the sidewalk, [while] everybody's walking by and acting like everything's okay.”

TMM’s mission is “To provoke a young generation to passionately pursue Jesus Christ and to take his life-giving message to the ends of the Earth.” The group has been actively involved in various political issues, especially in opposition to various atni-discrimination and civil rights measures. TMM is also heavily involved in blatantly racism-fueled missionary campaigns targeted e.g. at the violent barbarians that count as indigenous people in South America, and in blatantly dishonest and sexist abstinence-only purity programs.

The TMM Honor Academy is an internship program for high school graduates and college students run by Dave Hasz to recruit youths for theocracy.

There is a fine TMM resource here.

Diagnosis: Absolutely rabidly deranged madman with a lot more power and influence than is good for him or civilization. One of the most dangerous and unabashedly evil persons alive today.
Posted by G.D. at 11:22 AM