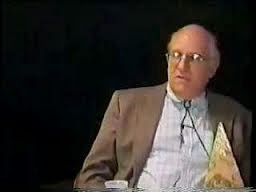 William Lyne is a conspiracy theorist with a specialty in UFOs. That is, Lyne thinks the UFO phenomenon is a conspiracy: “Don't Be Deceived by the Propaganda Surrounding ‘UFOs’,” says Lyne. “Flying Saucers are MAN-MADE Electrical Machines! ‘Space Aliens’ are Pentagon-Created Delusions.” Apparently the Pentagon has fooled us all into thinking the aliens and UFOs are real, which tells you a bit about what circles Lyne walks in as well.

You can visit his page here; you’ll even be congratulated for visiting it: “CONGRATULATIONSS! You reached this site despite a conspiracy between covert government agencies and internet bosses (YAHOO AND THE CIA ARE LOVERS!), a conspiracy to violate the American Bill of Rights, by violating free speech and free press rights, by excluding from search engine listings, those exposing the government's dissemination of false alien and paranormal propaganda, through UFOlogists, to conceal exclusively man-made flying saucer electric propulsion technology.” Apparently the fact that his page doesn’t show up first when you’re searching for “UFO” is evidence of a conspiracy. Note also the part about government propaganda through UFOlogist – apparently the ufologists control the media and public opinion, and Lyne’s claims conjure up fleeting images of the leading scientists and politicians of the US bowing down to Nancy Lieder and Michael Salla. There’s a nice, terse summary here. I haven’t seen his youtube videos “Nazi-Tesla UFO’s” (a series, in fact) or “Tesla Free Energy Nazi UFO Elite Bloodline Secret Government Occult”, but I suppose they’ll provide a summary of his findings (here  and here).

Apparently Lyne has researched UFOs for “over 48 years”, and his methodology is summed up by the slogan "IF IT WASN'T TRUE, IT WOULDN'T BE SUPPRESSED!" I don’t think that is a particularly useful methodological principle for uncovering the facts of the matter.

Diagnosis: An ardent fighter for, well, at least he is fighting his quixotic battles with impressive persistence and conviction. It doesn’t really matter that much what it’s for, since he is unlikely to win many converts in any case.