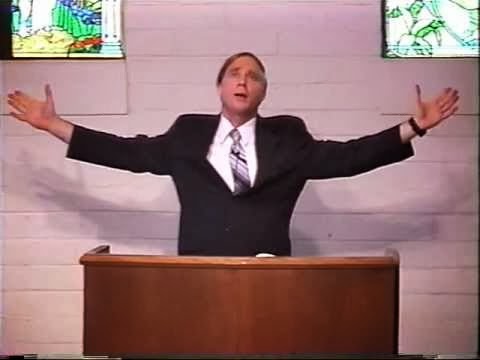 A. Jan Marcussen is a Seventh-day Adventist (SDA) and minister, best known for his book National Sunday Law. “National Sunday law” denotes the conspiracy theory that the United States government is on the verge of enacting a national blue law declaring Sunday a day of rest and worship. According to the idea, the Pope is also the Antichrist and – the clincher – the mark of the beast is worship on Sunday. Thus, to sum up Marcussen’s views, dark forces controlled by the Vatican are conspiring to enact a national Sunday law in the United States, and when this happens it will be the trigger that unleashes the coming fulfillment of the Bible prophecies in Daniel and Revelations (keep in mind that Seventh-Day Adventists consider the Sabbath to be Saturday).

The idea is actually not new but part of the foundation of SDA – it’s founder, Ellen G. White, wrote extensively on the conspiracy, and SDA minister Alonzo Jones published a book on it in 1889. At present, many SDAs believe that a national Sunday law is a clear and present danger to their religious freedom, and coincides with the fear that the Antichrist will unleash great persecution of Sabbath-keepers just before the Second Coming of Christ, which is of course just around the corner. In Marcussen’s book this idea shows up e.g. as a conspiracy to bring back the death penalty so Sabbath-keepers can be executed once the national Sunday law is enacted. (There is of course a bit of nationalism involved: it is the introduction of such laws in the US that will bring about the end times – laws declaring Sundays a day of resting have existed for hundreds of years in large parts of the rest of the world outside of the US, but that doesn’t really matter.)

Marcussen’s book has been showing up since 1983 in various places (from laundromats to phone booths), and, in particular, unsolicited in the mail. Despite its easy availability it has failed to convince many people outside of the SDA movement. Lately the conspiracy has evolved to encompass Obama and global warming as well (here, but don’t visit if you are sensitive to bad color schemes). The idea presented in the latter is that global warming is a conspiracy to make people stop working on Sundays – allegedly to “reduce emissions” – thus ushering in the end times. So it goes.

Marcussen publishes a free newsletter twice a month that highlights advancements in Sunday exaltation, and leads campaigns to prevent enforcing Sunday as a national day of rest and worship. He has also been tied to billboards warning that the Antichrist is the papacy. In his book Marcussen establishes that connection by numerology (i.e. a numerological connection between the Pope’s title Vicarius Filii Dei and the number 666).

Diagnosis: Blabbering dimwit; tireless, but so out of touch with reality that he is unlikely to cause much harm.
Posted by G.D. at 12:02 PM