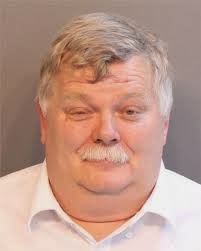 Basil Marceuax is an American perennial candidate for state and federal public office positions in Tennessee. His most recent stunt was filing as a candidate for the 2010 Republican nominations for governor in the Tennessee gubernatorial election and U.S. House of Representatives, and his campaign ended up being something of a media thing due to Marceaux’s rather – shall we say – “unconventional” viewpoints (Marceaux denied rumors that he was intoxicated when his campaign video was filmed. Here is Colbert on Marceaux’s candidacy). Sometime in 2010 Marceaux apparently became self-aware, but has yet failed to take over the world.

During the 2010 race Marceaux has campaigned for a recall of gun permits – “Everyone carry guns,” argued Marceaux, suggesting fining people if they don’t (“I want everyone to have a gun. If I think that someone doesn’t have one, maybe I’ll fine them $10”). Another central issue was the banning of law enforcement officers from charging suspects for anything except vehicle moving violations – the Tennessee Bar Association references an early 2000s case in which Marceaux claims the governor, sheriffs, the General Assembly and others were guilty of “kidnapping, extortion and racketeering” through the application of laws calling for mandatory car insurance and routine traffic stops; the complaint was dismissed, but set Marceaux on a trail of various pseudolaw arguments, claiming that the Government tends to overlook older, obscure statutes that – remarkably – support everything Marceaux (not always coherently) believes the laws should support. The day before the August 2010 primary, the Chattanooga Times Free Press reported on Marceaux's record in criminal court, which consisted primarily of misdemeanor traffic violations, including seven cases in which Marceaux was found not guilty by reason of insanity in 2005.

Furthermore “I’m going to remove all gold-fringe flags and fly the real flag with the three stripes. I also want to stop traffic stops,” Marceaux said, which led to some confusion among bloggers who thought he said “gold finch flags” – because he is missing several teeth, Marceaux noted, it is sometimes difficult for people to understand him.

In December 2010 he created a Christmas song titled “Come Christmas”, coupled with a music video, both of which soon went viral.

Diagnosis: Mostly a colorful and charming piece of entertainment, without which the world would have been much less fun. Harmless, to the extent that we feel a bit bad about giving him an entry. The reason we still do, is mostly because we suddently realized that we’re not sure we would want to meet the people who actually supported his candidacy.
Posted by G.D. at 12:01 PM