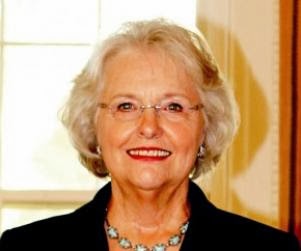 There are some people with dubious reasoning abilities in Congress, but for the real crazy one should take a look at the state representatives. Alabama is, perhaps unsurprisingly, a case in point. That’s where you’ll find people like Mary Sue McClurkin, whose opposition to abortion is based in part on the idea that a fetus is the “largest organ in a woman’s body”, which would be not even wrong even if it had been relevant. Oh well, McClurkin appears to have the opinions that you’d expect from a wingnut moron across the board. She did, for instance, support an attempt in 2012 to get creationism to be offered for academic credit to Alabama students by allowing schools to offer such credits for a released time program of creationist instruction that would take place off school property. (The bill was introduced by Rep. Blaine Galliher, who seems to be, in general, in McClurkin’s class when it comes to intellectual prowess, reasoning skills and aptitude for reality-based policies.)

Diagnosis: Yes, reasoning is hard and tailoring one's belief to the evidence requires some effort, and McClurkin hasn’t really mastered the basic skills. Fortunately for her (and unfortunately for civilization), neither have a vast number of Alabama voters.
Posted by G.D. at 10:20 AM