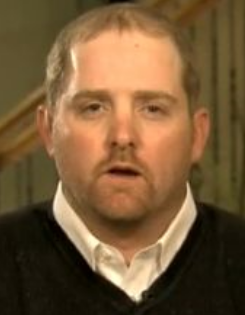 Clint McCance used to be the vice president of the Midland School Board in Arkansas, and one of numerous batshit crazy religious fundamentalist wingnuts elected to such boards across the US (the Texas situation being perhaps the most famous). McCance received some attention for being a bit miffed that people in his school were wearing purple in remembrance of students who had been bullied into suicide: “Being a fag doesn’t give you the right to ruin the rest of our lives,” said McCance, which is of course what those insidious homosexuals are up to, and pointed out that “[i]f you get easily offended by being called a fag then don’t tell anyone you are a fag. Keep that shit to yourself. It pisses me off though that we make a special purple fag day for them. I like that fags cant procreate. I also enjoy the fact that they often give each other aids and die.” Remember that McCance is on the schoolboard. He is responsible for how Arkansas schools are run. His grammar, spelling and punctuation may also put his qualifications for his position in question: “Seriously they want me to wear purple because five queers killed themselves. The only way im wearin it for them is if they all commit suicide. I cant believe the people of this world have gotten this stupid. We are honoring the fact that they sinned and killed thereselves because of their sin. REALLY PEOPLE,” concluding that “I would disown my kids they were gay. They will not be welcome at my home or in my vicinity. I will absolutely run them off. Of course my kids will know better. My kids will have solid christian beliefs. See it infects everyone.”

After some rounds of non-apologies McCance at least had to resign from the schoolboard. He did get some support from proponents of various hate ideologists, though.