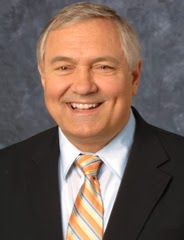 More conspiracy theorists! Andy Martin is an “internet journalist” generally known as the guy responsible for starting the rumor that Barack Obama is secretly a Muslim (though one suspects that the idea would have gained traction regardless of Martin’s efforts). He also sued the state of Hawaii, demanding public access to Obama’s birth certificate before this became a popular activity, and has later been involved in various birther activities.

Martin was originally trying to become a lawyer but was refused a license to practice as such in 1973 on the grounds of erratic and unprofessional conduct and for being psychologically unbalanced, so he turned instead to a career as a perennial candidate for various positions representing various parties. He has also filed a huge number (maybe thousands) of vexatious lawsuits against various companies and individuals, and been known to react during these cases with a certain amount of viciousness and paranoia, often accusing judges of conspiring against him. In 2003 he claimed to have located Saddam Hussein’s hiding place (several months before Hussein's actual arrest) during solo scouting trips in Baghdad while he was evading an arrest warrant in Florida.

Martin first broke the Obama-muslim connection in 2004 after Obama’s keynote speech at the Democratic National Convention. In his press release he claimed to have evidence that Obama was a secret Muslim who might be plotting against Israel, suggesting that this issue “would obviously raise serious questions in many Jewish circles.” His concern for “Jewish circles” would thus stand in some contrast to his 1986 resolution to “exterminate Jew Power”, his description, during a previous litigation, of a judge as “a crooked, slimy Jew who has a history of lying and thieving common to members of his race”, and his statement that he is “able to understand how the Holocaust took place, and with every passing day feel less and less sorry that it did, when Jew survivors are operating as a wolfpack to steal my property”. It may be noted that Martin has claimed not to have made these remarks, alleging rather that they have been placed in court documents by malicious judges.

Fox News, true to their standards of accuracy and accountability, gave Martin airtime in October 2008 on Sean Hannity’s show to state his claims that Obama’s background as a community organiser involved training by William Ayers as a subversive revolutionary (see it here). He had no documentation, of course, but the claims gained – shall we say – some popularity in the less hinged parts of the wingnut community (probably a good overlap with the group of people who count themselves as fans of Hannity). Later in 2008, during a CNN interview (see it here), Martin changed his allegations that Obama is a Muslim to the claim that he had discovered that Obama is in fact the son of 1960s political activist Frank Marshall Davis. He did, of course, not present any documentation this time either, and probably would not understand why anyone would want documentation given his remarkable powers of intuition.

In 2010 Martin announced his intentions to run as a Republican Party candidate in the 2012 U.S. Presidential Election, with a campaign focused on Obama’s alleged ineligibility for the Presidency. The campaign never took flight.

Diagnosis: Martin should be pitied. No such excuses for the people who listen to him, though.