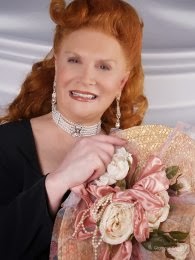 If one person is to be named as being responsible for the aspartame scare, Betty Martini would probably  be that person. Despite the overwhelming evidence that aspartame is safe in doses far exceeding what a normal human would be able to consume, activists such as Martini have tried to push the idea, undocumented in the medical literature, that numerous health risks (multiple sclerosis, systemic lupus, methanol toxicity, blindness, spasms, shooting pains, seizures, headaches, depression, anxiety, memory loss, birth defects and death) are associated with the consumption of aspartame in normal doses. The idea has become a canonical example of an unfounded Internet health scare.

Martini is the founder of Mission Possible World Health International, which is “committed to removing the deadly chemical aspartame from our food.” She is also anti-vaccine, anti-fluoride, anti-MSG, a conspiracy theorist, and thinks she was once cured of breast cancer by an herbal formula.

Martini has of course no expertise in any relevant field. She refers to herself as “Dr. Martini”, but this is based on an honorary Doctor of Humanities degree awarded by an unaccredited religious institution. Her claims have nevertheless been widely distributed, partly on the basis of an infamous chain e-mail, which claims that the FDA approval process of aspartame was tainted and that there is a conspiracy between the FDA and the producers of aspartam. The claims are allegedly based on a supposed talk by expert Nancy Markle at a recent “World Environmental Conference.” Someone doing a bit of research would have noticed that the email was largely identical to messages posted by Martini to Usenet newsgroups in late 1995 and early 1996 about her, Martini’s, alleged talk at a “World Environmental Conference.” The Conference is, of course, fictional, and the existence of Markle (independently of Martini) has, to put it diplomatically, not been confirmed.

The fact that most of the allegations contained in this theory contradict the bulk of medical evidence, reality, and reason, is the kind of detail that has never stopped a good conspiracy theory, and Martini’s misinformation continues to reemerge 15 years after the e-mail was originally distributed. On the other hand, the aspartame hoax has become a canonical example of an internet conspiracy circulated on a number of Internet conspiracy theory and urban legend websites (e.g. here). For instance, the dissemination of the “Nancy Markle” letter was considered so notable that the Media Awareness Network featured one version of it in a tutorial on how to determine the credibility of a web page .

Diagnosis: Deluded conspiracy theorist whose ideas may have caused quite a bit of harm, but whose efforts may, in the long run, also have contributed to greater awareness of misinformation on the internet (though that hypothesis may be way too optimistic)
Posted by G.D. at 12:30 PM