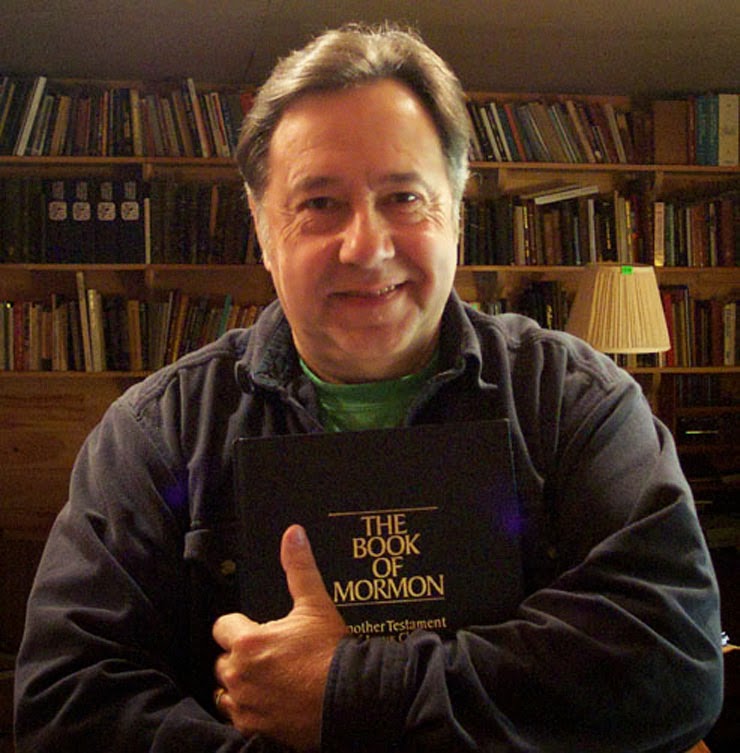 Wayne May used to run the website ancientamerican.com, which seems to be down at the moment (there is a blurb for it here), though he may still be operating a magazine by the same name (really a Mormon rag) and has indeed written a number of books. May defends a hypothesis that really must count as capturing the quintessence of all things loon, the claim that really makes for the perfectly idiot wingnut lunacy. Wayne May argues that:

That is, Jesus did start out in Galilee; but of course, Galilee wasn’t really the place for Jesus to spread his wings and fulfill his potential. So he set for America and ended up in Michigan (it is unclear whether he visited anywhere else in America, however).

Ok, so his whole thing is really a defense of Mormonism, since at least the crazier segments of Mormons tend to believe these kinds of things. But still. And May’s efforts are directed toward showing how “thousands of Native American archeological sites support the Book of Mormon” because of “parallels between two distinct ancient cultures of North America” that “match them with the Jaredites and the Nephites.” It is of course absolute garbage pseudoarchaeology (discussed by a sympathetic commentator here), but still.

Diagnosis: Just fabulous. We should be grateful that there are people like Wayne May out there, even though what he confuses for reality is rather far removed from anything resembling it, to the extent that one must wonders to what extent he is really able to navigate the more mundane challenges of everyday life.
Posted by G.D. at 10:23 AM