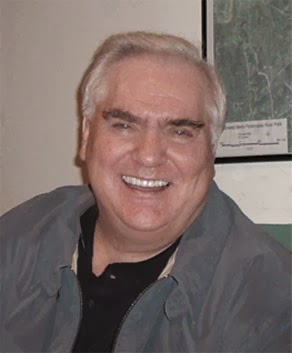 Texe Marrs is perhaps the most aggressively insane ultrafundamentalist conspiracy theorist in the US, and the kind of person who appears to consistently face the universe by adopting the most flamingly insane false belief about how it works – as a result Marrs may not possess a single true belief, and is even willing to endorse contradictions as long as he can make sure that his beliefs stay all false. Nevertheless, his books Dark Secrets of the New Age and Mystery Mark of the New Age were both #1 bestsellers on the Christian book market in the late 1980s, when Marrs was a major promoter of Satanic Panic as applied to the New Age movement. He has continued to explore the deep recesses of his imagination in a similar manner through a long series of newsletters and ministries (e.g. “Living Truth Ministries”, “Flashpoint”, “Bible Home Church” and the shortwave radio program “Power of Prophecy”).

Marrs’s original idea, in short, is that the New Age movement was (and is) an elaborate conspiracy to set up the Antichrist's world religion based on combining all world religions (except evangelical Christianity) into one. The sacraments of the New Age movement have already been widely adopted. Abortion, for instance, is a form of human sacrifice to Satan; mainline-to-liberal Christian denominations are part of the New Age movement; universal product codes are the mark of the beast, and so on. It does indeed appear that everyone but Marrs and some select evangelicals are actually actively in on the conspiracy as well.

It may be noted that Marrs' writings on the New Age borrowed heavily from Constance Cumbey; both, for instance, argued that the imagined leadership of the New Age movement was based around the teachings of “prophet” Benjamin Creme and esotericist writer Alice Bailey. Cumbey therefore accused Marrs of plagiarism, which suggests that she is dimly aware that you just don’t come up with that idea on your own, and certainly not by independently investigating reality.

Those were Marrs’s formative ideas, however, dating from before he really got his crazy warmed up. In the 1990s he became sufficiently insane that even evangelical publishers saw the need to drop him – all his later stuff is self-published, such as his magnum opus, Codex Magica: Secret Signs, Mysterious Symbols, and Hidden Codes of the Illuminati, which covers pretty much any piece of insanity you can think of, as well as an enormous amount of material including “The Elite Serial Killers of Lincoln, JFK, RFK, and MLK”, “Saucers of the Illuminati” “Unmasking the Sexual Perversions of the Illuminati” and “Implantable Biochips and the End of Human Freedom and Dignity”. Indeed, even the RaptureReady crowd dismisses Marrs as crazy, and their standards for sanity are pretty low.

Part of the reason he was dropped from the mainstream evangelical press may have been because Marrs started to integrate Bush senior and the Republican party into his New Age conspiracy theories. In 1999, for instance, Marrs argued that former President Bush (sr.) would be involved in a black mass in a chamber within the Great Pyramid of Giza during the 2000 millennium celebrations. And in his 2007 article “Unmasking President George W. Bush and His Merry Band of Homoerotic Thugs,” Marrs argued that George Bush jr. was the first homosexual president of the US. Evidence? “Since assuming the presidency, George W. has surrounded himself with gay men. The White House is jokingly referred to as the ‘Pink House’ by the Gay Community. First, there’s Karl Rove, […] Rove himself is a queer. ‘President Bush calls me “Turdblossom,”’ Rove said. […] Bush appointed Ken Mehlman, a Jewish homosexual, as the Chairman of the Republican National Committee. [… ] Secretary of State Condi Rice [… is] a reputed lesbian dominatrix. […] President Bush has more homosexuals in his Administration than Bill Clinton, and he’s more than accommodated their ‘special needs.’ […] Bush’s biggest coup was his choice to be the new Chief Justice of the U.S. Supreme Court. John Roberts, a gay judge [… who is] fanatical in his support of sodomy and gay rights.” Scooter Libby, on the other hand, is apparently an Israeli spy who writes books about beastiality.

Being his own man has apparently given him the freedom to pursue such interesting fields of study as the Illuminati, UFOs and the “Illuminati Conquest of Outer Space”, shape-shifting lizard-people, King James Onlyism, the Federal Reserve, television (“’Angels in America [is] possibly the most evil TV series of all time”), pop culture (the artist Prince’s full artist name is “Prince of Darkness”) and the Rothschild Family, as in his DVD Rothschild’s Choice: Barack Obama and the Hidden Cabal Behind the Plot to Murder America, which “documents the astonishing rise of a young, half blood ‘Prince’ of Jerusalem, a Communist adept named Barack Obama who won Rothschilds’ favor – and was rewarded for his slavish devotion to their sinister Agenda”. Among his many claims are:

- The Oklahoma City bombing was planned and carried out by the American government and Timothy McVeigh was framed.
- The D.C. street design conspiracy.
- Hillary Clinton is a “doctrinaire Marxist” who has recruited “other America-hating subversives for key administration posts.”
- Newt Gingrich is a closet Marxist as well, and member of the occult, secret society the Bohemian Grove.
- Bill Clinton is a member of the traitorous Trilateral Commission, the Bilderbergers, and the Council of Foreign Relations. He and Hillary are deep into Egyptian occultism and Masonic magic.
- Robert Dole is a 33rd degree Mason and “a fake conservative. He's anti-Jesus Christ.”
- Bill Martin’s plans for a Christian naturist resort is evidence that Satan is subverting Christianity.

He has lately fully endorsed anti-Semitism, for instance with his book The Synagogue of Satan: The Secret History of Jewish World Domination. The Jewish world-domination is in part enforced by Catholics, who are apparently really Jews. The Pope – who is the Antichrist – isn’t really Catholic, but a mixture of Jew, Muslim, Hinduist and hippie [must have been his haircut that gave him away], whose goal is to implement the new one-world religion (you can’t avoid reading that one in Eric Cartman’s voice, can you?). On his website you can order your very own copy of The Protocols of the Learned Elders of Zion (“This Cunning Blueprint Lays Out a Secret Plan that Resulted in Over 300,000,000 Deaths and Unspeakable Horror Over the Past Century. And now, Satan’s Chosen People Intend to Use it to Once again Set the World on Fire”) as well as the standard Holocaust denial material – including his own recordings with such titles as “The Holocaust Controversy and the Falsification of History and Holocaust Dogma Unmasked – A Grim Global Conspiracy Mocking Reality and Capitalizing on Death”.

Finally, a piece of trivia: before he started criticizing the New Age, Marrs was himself writing a long series of “career preparation” book, as well as The Perfect Name For Your Pet.

Diagnosis: The whole of whale.to and RaptureReady in one single person. His influence is limited, presumably, but the fact that some people do listen is scary enough.
Posted by G.D. at 11:29 AM