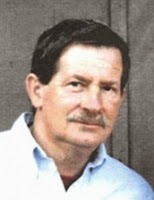 Barry Lynes is perhaps the most prominent heir to the inventor and crackpot Royal Raymond Rife. In the 1930s Rife claimed that by using a specially designed optical microscope, he could observe a number of microbes which were too small to visualize with previously existing technology and reported that a 'beam ray' device of his invention could weaken or destroy the pathogens by energetically exciting destructive resonances in their constituent chemicals. As his Wikipedia article laconically puts it, Rife's claims could not be independently replicated. Rife, of course, blamed the rejection of his ramblings on a conspiracy involving the American Medical Association (AMA), the Department of Public Health, and other elements of “organized medicine”, which had “brainwashed” potential supporters of his devices.

Rife’s claims should, as such, have been allowed to die. But of course, no claim about the healing powers of anything is ever allowed to die if it is ever noticed by the altmed crackpots, which it generally is. In 1987 Lynes revived Rife’s claims in the book The Cancer Cure That Worked – Fifty Years of Suppression, which claimed – predictably – that Rife had succeeded in curing cancer, but that his work was suppressed by a powerful conspiracy headed by the AMA. After the book’s publication, a variety of devices bearing Rife’s name suddenly popped up to be marketed as cures for diverse diseases such as cancer and AIDS. (Electronics Australia found that a typical “Rife device” consisted of a nine-volt battery, wiring, a switch, a timer and two short lengths of copper tubing, which delivered an “almost undetectable” current unlikely to penetrate the skin.) Several marketers of other “Rife devices” have subsequently been convicted for health fraud (e.g. James Folsom and John Bryon Krueger), and in some cases cancer patients who used these devices as a replacement for medical therapy have died. Rife devices are currently classified as a subset of radionics devices; that is, as the worst of the worst of pseudobullshit.

Rife’s work lives on not only in the efforts of Barry Lynes, but also in the works of the late Hulda Clark and the woo of Diane Spindler, and is staple fare for all debunkers of cancer quackery.

Diagnosis: Arguably classifiable as “evil”, Lynes’s promotion of woo is the kind of crankery that actually harms people. He may not be among the more famous loons in the US, but he is certainly among the more obviously dangerous ones.