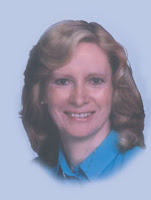 A legend among fundie conspiracy theorists and a major contributor to the spread of the Satanic panic and the myth of Satanic ritual abuse in the 80s, Rebecca Brown was the author of He Came to Set the Captives Free and Prepare For War, two books – both shown to be entirely fictitious – about a person called Elaine (Edna Elaine Moses) who Brown claimed to have rescued from Satanism. Both books were published by Chick Publications, and Jack Chick’s tracts have made heavy use of them as background sources (Brown and Chick appear to have fallen out somewhat later on).

According to the books Elaine was allegedly a top member of “The Brotherhood” (which has also been covered in the barely coherent writings of Mike Warnke, who will be covered later), who actually got married to Satan himself. To color out her books, Brown argued that Christian churches all over the US was infiltrated by witches, that the Catholic mass and rosary are witchcraft, that she had an encounter with a werewolf, as well as plenty of graphic details of sex orgies. Elaine was, in her role of Satanic high priestess, also involved with rock musicians, and had even met with the pope himself to discuss Satanist strategies. Mildly interesting is also Brown’s warnings against being hypnotized by homosexuals who implant demons in you so that they can astrally project themselves into your bedroom to sodomize you in your sleep. More here.

Brown was of course immediately exposed as a fraud. Edna Elaine Moses was Brown’s roommate the whole time, and Brown, originally an MD, had had her medical license revoked because she had a tendency to misdiagnose patients as “demoniclly possessed”.

But Brown had already acquired her readership, and her later books have continued to sell pretty well. They are mostly concerned with demons and with giving spiritual warfare advice, explaining how that Native American reservations are cursed ground, children's toys are actually statues of demons, most graffiti is made by occultists to evoke demons, citizenship papers of immigrants act as gateways through which hordes of demons from the immigrant’s old country can continue to enter the US, and with her husband Daniel Michael Yoder, who was allegedly born into a “wealthy Jewish family of international bankers” and subjected to Satanic ritual abuse by a cabal of rabbis. Currently Brown and Yoder lead a group called Harvest Warriors, which appears to be a Deliverance Ministry.

Here’s one Steven Arizmendi, a former school teacher, making a fool of himself in the vein of Rebecca Brown.

Diagnosis: Clinically incoherently insane; needs immediate help and has needed it for a long time. She nevertheless manage to sell her incoherent rants to a substantial number of people, some of whom evidently believe her.
Posted by G.D. at 7:19 PM